Every year on 29th July in the village of Las Neves, a crowd of pilgrims gather at the 12.00 pm mass and to take part in the following procession, characterized by coffins with living, penitent people who require the miraculous intervention to heal from a serious illness or as a thank you for escaping death.

The procession of coffins is presided over by the image of Santa Marta de Ribarteme, Lazzaro's sister, accompanied by San Benito and Virgen del Carmen. 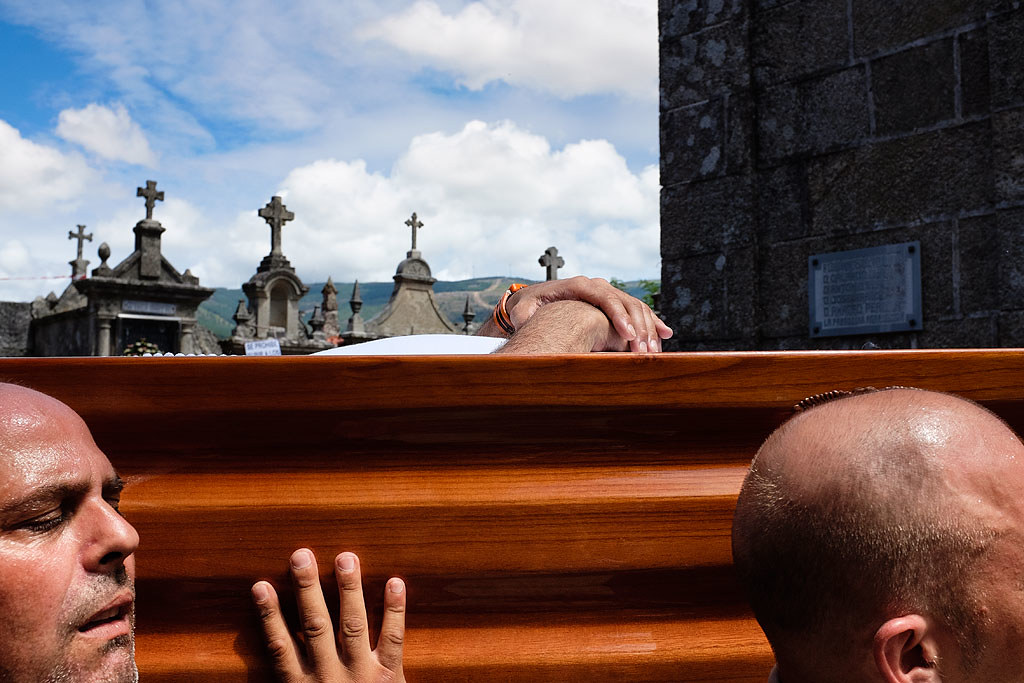 The brave who take part in this procession, are survivors to the death in the previous year, who are carried on their shoulders by their family; those who want to participate but has no family for transport, must drag behind their own coffin.

A crowd of devotees, under the watchful gaze of the statue of Santa Marta, heads first towards the cemetery, and then returns to the church, where they offer financial offers to give thanks. When it comes to children, small white coffins are used, in this case, empty and closed. Many follow the path barefoot, kneeling or wrapped in a white cloth as a symbol of the Holy Shroud.

According to oral tradition, the origins of this particular festival date back to the Middle Ages, while the first written testimony dates back to the eighteenth century when the Bishop indicates that the church was built with the money of the pilgrims. 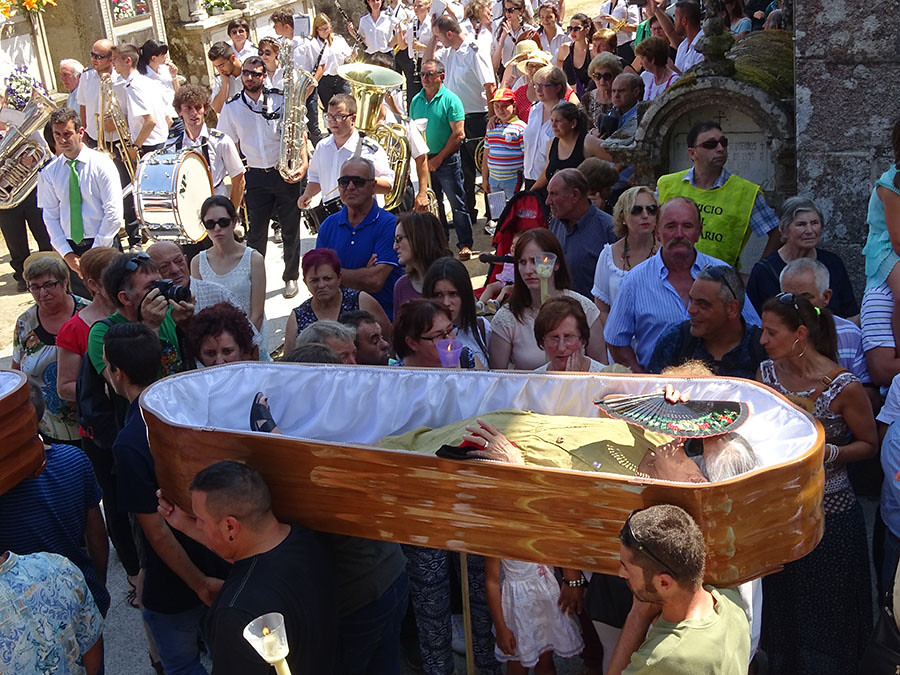 The funeral rites and the conception of death, have undergone a profound change over the years, if today death has become a taboo of which it is preferable not even to talk about it, at contrary in traditional societies, death was something perennially present, an obligatory moment at which one must arrive already prepared, aware of the fact that death is also part of life.

This particular festival is not intended to attract the crowd, but it is a sign of deep faith and strong devotion. The Feast of Santa Marta de Ribarteme has captured the attention of the national and foreign press, precisely because of the inherent paradox, the celebration of life through a coffin, even though this ritual may seem macabre in the eyes of a stranger, demonstrates deep faith in Galicia.

More in this category: « San Gregorio Armeno: history and tradition of the Neapolitan nativity How to photograph the Aurora Borealis: the complete guide »