The last month of the year is linked directly with Christmas and the New Year celebrations, thoughts fly directly to the markets of central Europe. Yes, but not only, it is also a time of ancient rites.

Europe, not only Christmas markets

A classic postcard of winter Europe are the Christmas markets of Central European countries.

The most beautiful are the "Christkindlmarkt" across some villages of north of Italy the main cities of Austria and Germany, beginning in late November to the first weeks of the New Year. In Italy I can suggest you to visit Bolzano, Merano and Rango. In Austria don't miss Innsbruck, Lienz and Kitzbühel. Very bright are the markets in the German towns of Augsburg, Dresden, Erfurt, Frankfurt, Nuremberg, Stuttgart, Hamburg, Cologne. 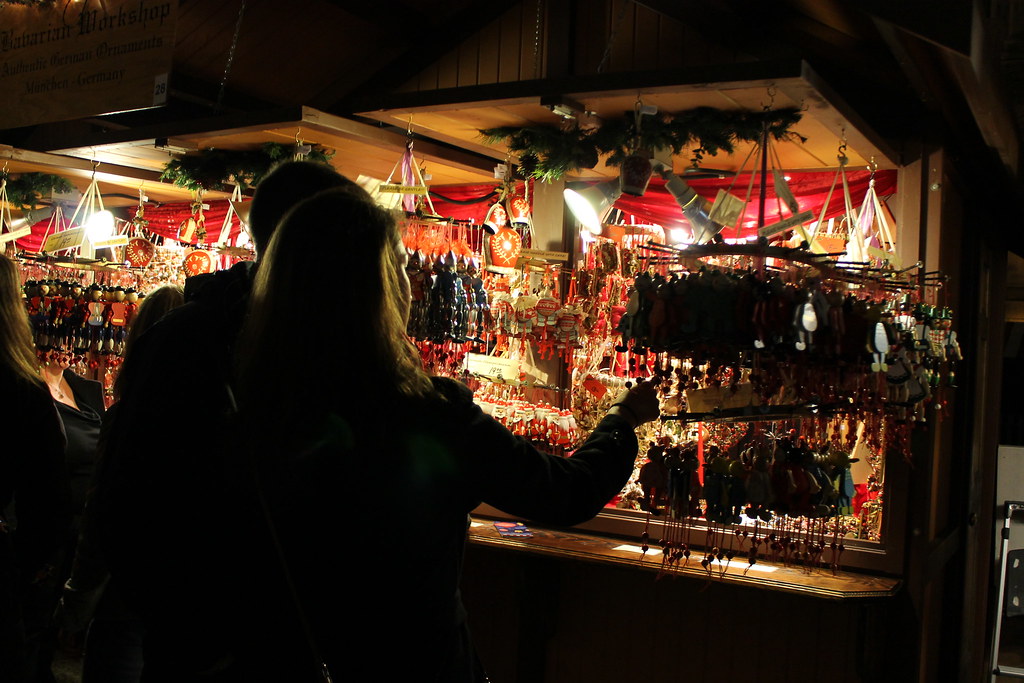 Vienna and the Italian Tyrolean region are not only Christmas markets, but also strange ancient traditions, such as Perchtenlaufen. This folk custom is a ceremony that involves masked people fighting against one another using wooden canes and sticks. They can choose to wear the mask of the "beautiful" or the "ugly" Perchte. 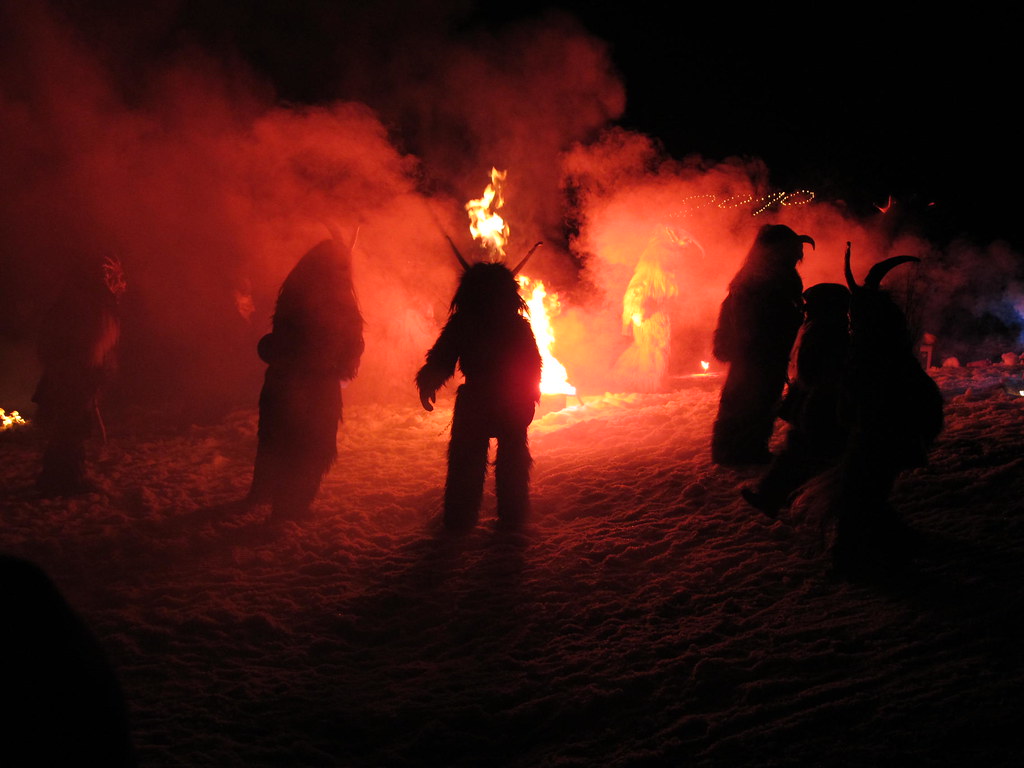 The night of December, 5th instead if you are in Germany you can bump into a Krampus, a character "half-goat, half-demon" who punishes children who have misbehaved, in contrast with Saint Nicholas, who rewards the well-behaved with gifts. Something similar happens on New Year with the Silvesterchläusen, masked people wandering the street of the Swiss villages of Herisau, Hundwil, Stein, Urnäsch, Waldstatt, Schwellbrunn. You can distinguish three different types of Silvesterchläuse: Schöne (the beautiful), Schö-Wüeschte (the pretty-ugly) and the Wüeschte (the ugly).

The strange meeting are not finished her. On December, 26th if you are in Ireland you could be involved in the hunting of a wren (the Wren Day) with purpose of putting it on top of a decorated pole. Don't forget to dress up properly with a mask and a straw suit.

If you are in Helsinki or in Sweden on December, 13th you can experience the soul of Christmas at the Lucia parade, commemorating Saint Lucia, a 3rd-century martyr under the Diocletianic Persecution, who according to legend brought "food and aid to Christians hiding in the catacombs" using a candle-lit wreath to "light her way and leave her hands free to carry as much food as possible". 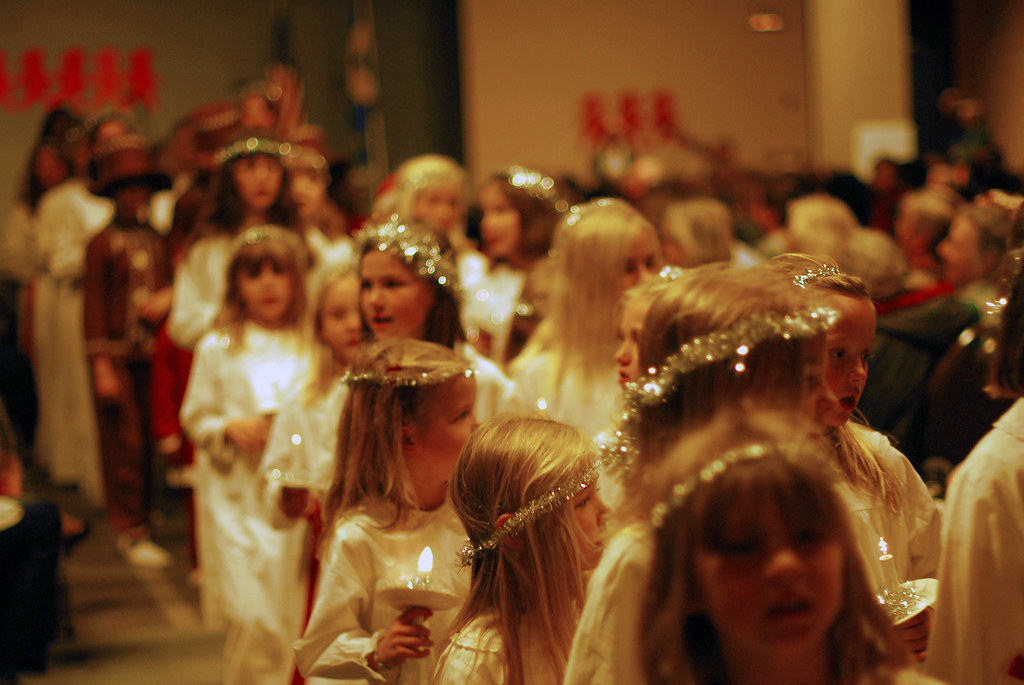 In the Spanish town of Ibi in Alicante on December, 28th you can take part in the Els Enfarinats, a coup made by flour shooting. Els Enfarinats derives from the Valencian word for "breading", and roughly translate to "the breaded ones" or "the floured ones". 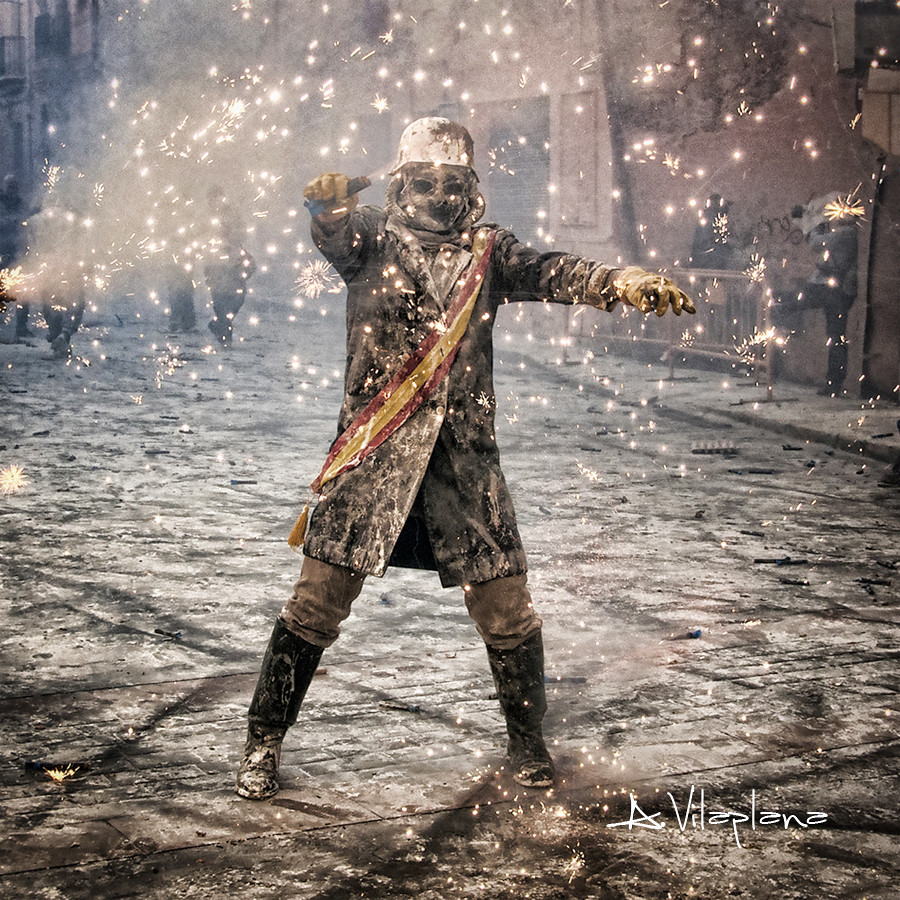 New Year fireworks across the globe

Have you any appointment on December 31st? It is not time for the New Year's Eve party, there is too much to see on that night, thus go out of home!

Samoa, Tonga and Kiritimati are the first city to celebrate New Year. Wait just one hour and you can admire the spectacular fireworks made in the sky over the Sydney Opera, you have a half day to recover until also Rio de Janeiro begins its Reveillon de Copacabana. 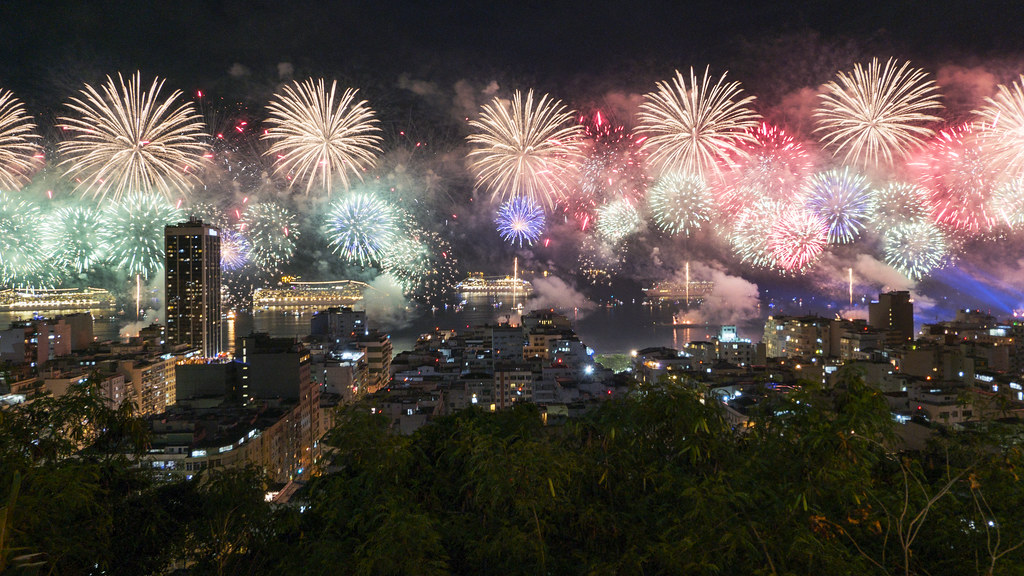 If you are in the United Kingdom, you can assist to the torch Flambeaux Procession in Comrie or moving to Stonehaven be part of the flaming balls' parade of the Swinging the Fireballs.

More in this category: « How to photograph the Aurora Borealis: the complete guide Where to go in December: Asia »