If you are planning a trip to Asia? Here the best annual festivals that will make you discover the folklore of China, Japan and Turkey.

The colors and sound of Chichibu Night Festival (Yomatsuri) 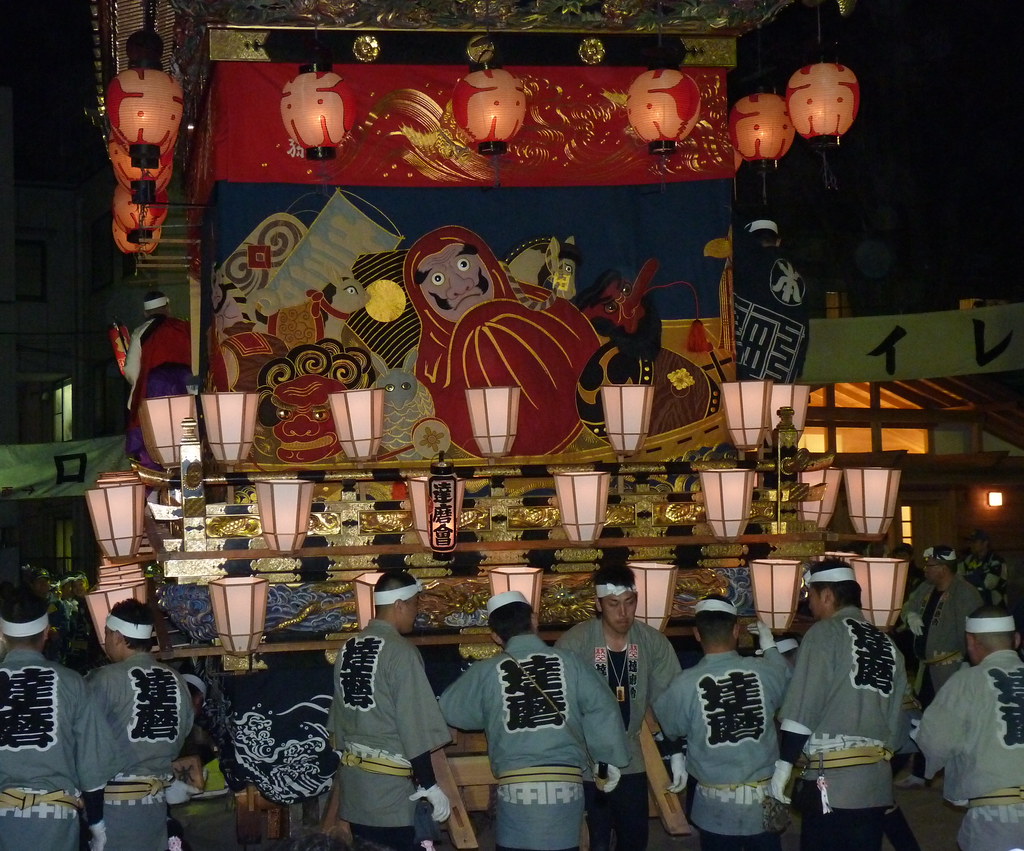 Every year on December 2nd and 3rd, a big crowd flows to the little and picturesque city of Chichibu just 90 minutes from the center of Tokyo for Chichibu Yomatsuri.

Chichibu Yomatsuri (Chichibu Night Festival) is a festival that is celebrated every year on December 2 and 3 since 1713, in the Bamba district of the city of Chichibu (Prefecture of Saitama). The best time to participate is on December 3rd.

The Chichibu Yomatsuri festival is considered one of the three most important festivals in Japan.

The festival is organized in honor of the six protective deities (kami) of the city, each has a huge richly decorated floats (made of wooden sculptures and rich tapestries) and lit (from colored lanterns) and pulled through the streets of the city by young people in traditional costumes.

The floats leave the Chichibu Shrine at 7 PM and parade in front of the town hall, the parade is accompanied by drums and flutes.

The main attraction thus is from 7.30 PM when begins a long, colorful firework display (evening of December 3rd) accompanied by percussion and flute. At around 10 PM it is all over, to catch the last train to Tokyo, always full of festival goers.

The mystic dance of the Dervishes at Mevlâna Festival 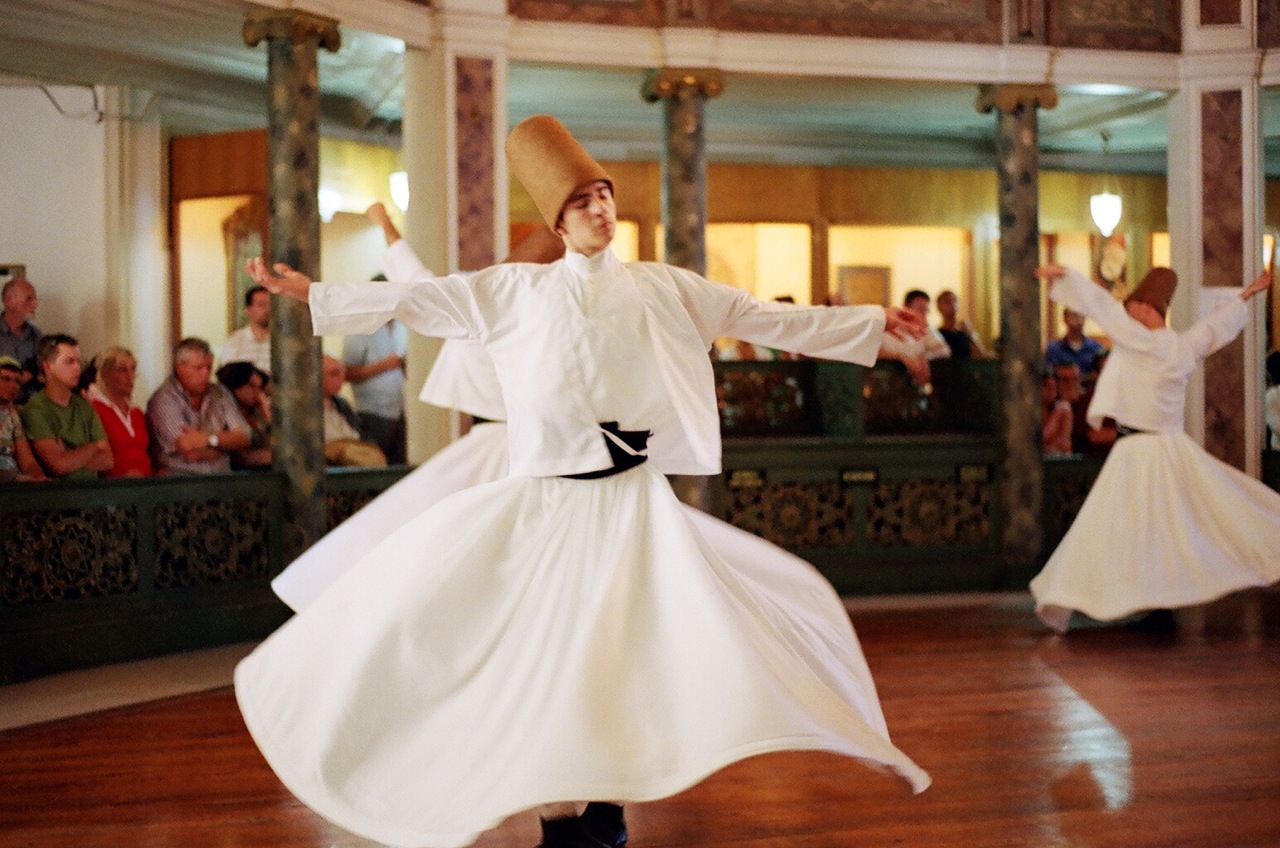 Located in the heart of Anatolia, Konya is a city - the seventh by population in Turkey - very religious and conservative. There are no bars, restaurants do not serve alcohol and almost all women have their hair hidden by a scarf. The Mevlâna Festival is the best opportunity to visit Konya, where however you can attend all year round a show of Whirling Dervishes.

The dervishis - wearing long white robes and towering conical hats - whirl around, arms crossed over their chests, in a dance that seems to take them to a trance. The frenetic rotation provokes in them a spiritual thrill ("they approach the sky"), an ecstasy in the mind freed from the body. The ceremony, declared UNESCO Intangible Cultural Heritage, commemorates the anniversary of the death - December 17, 1273 - of a Sufi saint (the most mystical of Islamic orders): Mevlâna better known as Rumi, who founded the Sufi order of the Mevlevi, universally known as the Whirling Dervishes. For Rumi, the vortex of dance was the means to achieve divine harmony. 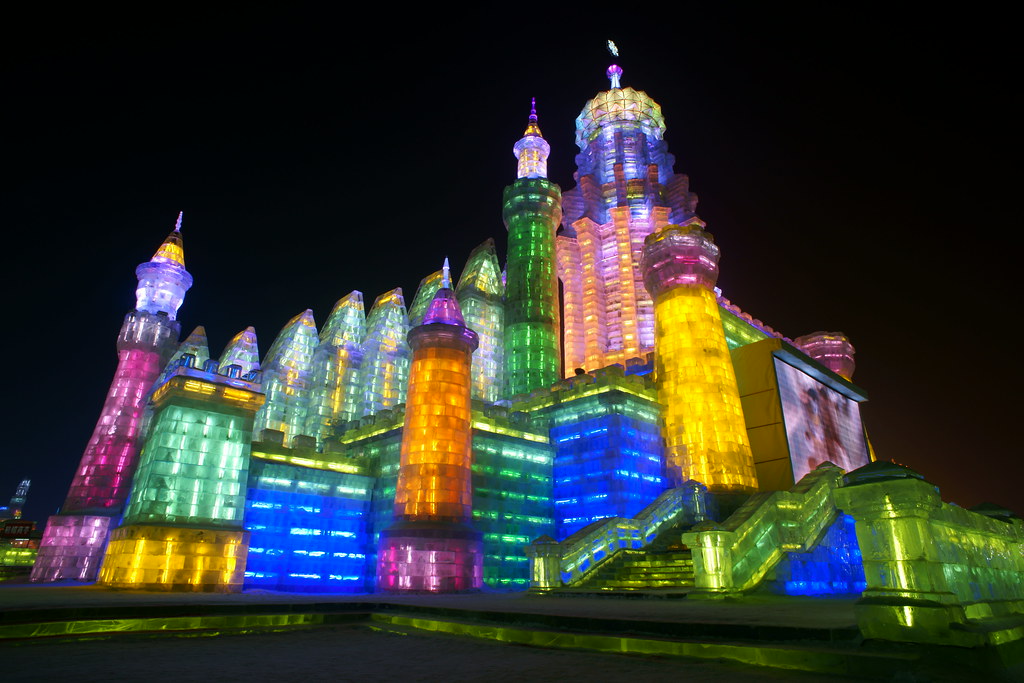 In the north of China, and more precisely in Manchuria, it is celebrated the festival of ice and snow sculptures of Harbin, an event now recognized as one of the most important events on the planet, when a real ephemeral city is built, made only with solid water forms.

The annual event, called the Harbin International Ice and Sculpture Snow Festival, has been held since 1963. In fact it had been interrupted for a number of years during the cultural revolution, until it was resumed in 1985 and since then it has not never missed his annual appointment.

The official opening date of the festival is January 5, 2019 and the event has a duration of over a month and a half, however depending on the snow level of the season, some sculptures are made and made accessible to the public a few days in advance . The event will end on February, 25th, although there is still no certainty about the official date. The theme chosen for this edition is "Pearl on the Crown of Ice & Snow".

The fabulous Ice Lantern Festival (beginning on December, 22nd 2018) was the forerunner of the current festival and is still the best part of the event, as confirmed by the overall reviews left by all the many visitors come to Harbin every year.

More in this category: « Where to go in December: Europe The 10 most spectacular places to see the Northern Lights »