The tallest trees in the world stand majestically in many forests. Journey through sequoias, baobabs and tall green giants.

In nature, the tallest trees in the world are some of the most spectacular representatives of the plant world. Plants most of the time centenarians and sometimes even millenarians, these shrubs amaze by their size and their height, making the men feel tiny like insects in front of the imposing size.

Distributed around the world, the green giants can easily reach 80 meters in height, so that it could hurt your neck if you try to catch the tops with your head up! Here's where to find these kings of shrubs.

The tallest tree in the world placed its roots in California and is a sequoia called Hyperion. This giant, which according to expert estimates, is about 2500 years old, is located within the Redwood National Park, and reaches 155.55 meters high. Its peculiarity is that despite being a giant it was only discovered in 2006! California is one of the homelands of the tallest trees: in this state is also General Sherman, who despite reaching "only" 83.3 meters high is the most impressive shrub in the world, with an estimated weight of 1910 tons. 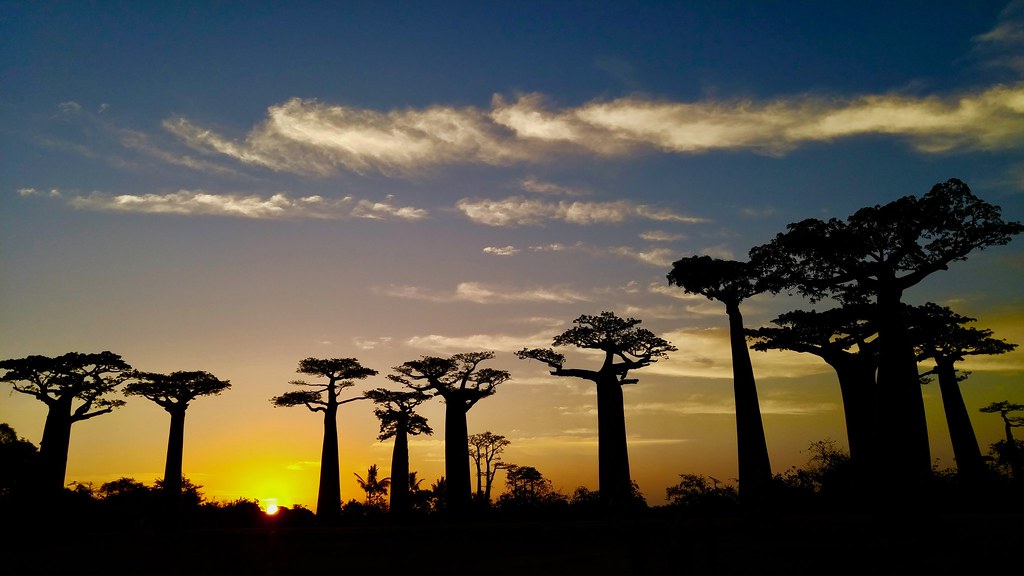 Those who go into the suggestive Madagascar and, more precisely along the west coast, will be conquered by the spectacle of the avenue of the baobabs. Trees looking squat and impressive, the baobabs are one of the most famous and characteristic shrubs of Africa and are able to contain up to 300 liters of water.

Those who are in the mood for long journeys can go as far as Australia, the land of eucalyptus. The absolute record holder of these plants is called Centurion and according to the measurements made in 2008 it reaches the incredible height of 101 meters.

Even if they do not reach the heights of the plants mentioned above, some plant species amaze for their age. Those visiting Lebanon will be left speechless in front of God's Cedar Forest. Ancient shrubs, the cedars of Lebanon were used by Assyrians and Babylonians, and the age of the plants present in the forest is estimated at around 1000 years. Even more remarkable is Sri Maha Bodhi, a centuries-old fig tree found in Sri Lanka. Symbol of the ancient city of Anuradhapura, this tree was planted by Princess Sangamitta in 288 BC. This means that the Sri Maha Bodhi would be today 2304 years and would be one of the absolute deans of the plant world!

More in this category: « Lonely Planet: the history of the most famous guide in the world Montana is the best place in the world to admire the foliage »