The Hill of Crosses can be called a Historical and Architectural Monument, a unique composition of folk art.

It is located 12 km north of the small town of Šiauliai in Lithuania. The Hill of Crosses is one of the most famous places of pilgrimage in the whole country and is a symbol of the desire for freedom, national pride and piety. 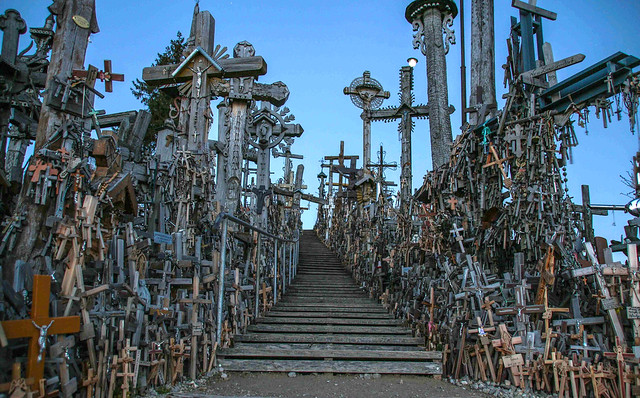 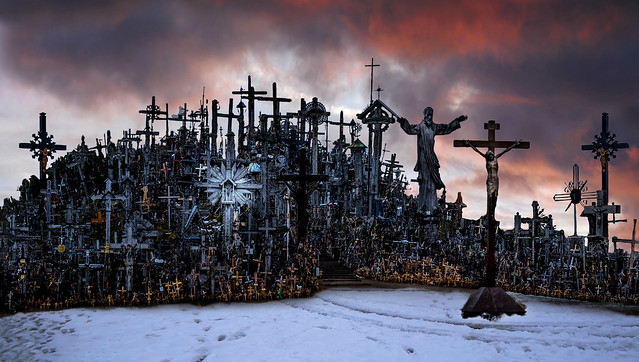 The first written testimony dates back to the nineteenth century, it is believed that the first crosses were placed between 1831 and 1863, by relatives of Lithuanian victims fallen during the rebellions against the Nazi regime and the Russian authorities, becoming a place of worship. Another version says that in 1870, the Virgin Mary with the baby Jesus appeared on the hill and encourage people to put the crosses in this place. 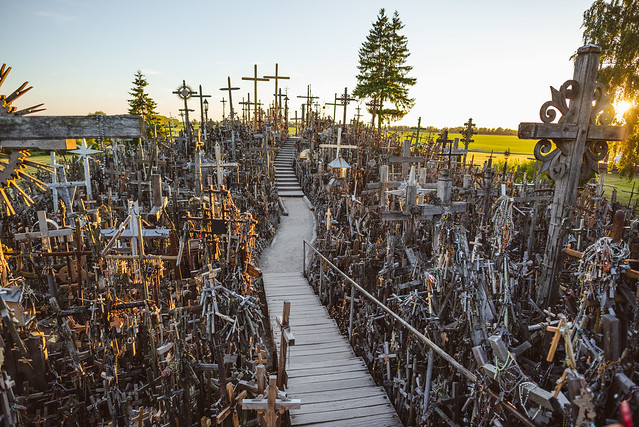 A significant moment dates back to 1993, when Pope John Paul II visited it and celebrated mass on a small wooden altar built for the occasion. He also donated a large wooden cross. During his visit the Pope expressed the desire for someone to take care of the maintenance of the hill, which is why a Franciscan monastery was built behind it.

More in this category: « The Gnomes Village: Gnomesville Lucky and unlucky numbers around the world »