It could be called an intermittent lake: in the sense that sometimes is there and sometimes not.

Is there when the snows on the surrounding mountains melt with the arrival of summer temperatures and supply its underground springs, disappear when all that water accumulated during the thaw is brought downstream by an emissary seasonal too.

It is called Grüner See and is located near the village of Tragöss, in the Bruck-Mürzzuschlag district, a few dozen kilometers north of Graz. Crowned with the inclined peaks of the Hochschwab, which accumulate meters and meters of snow in winter intended to supply the pond below in the warmer months. 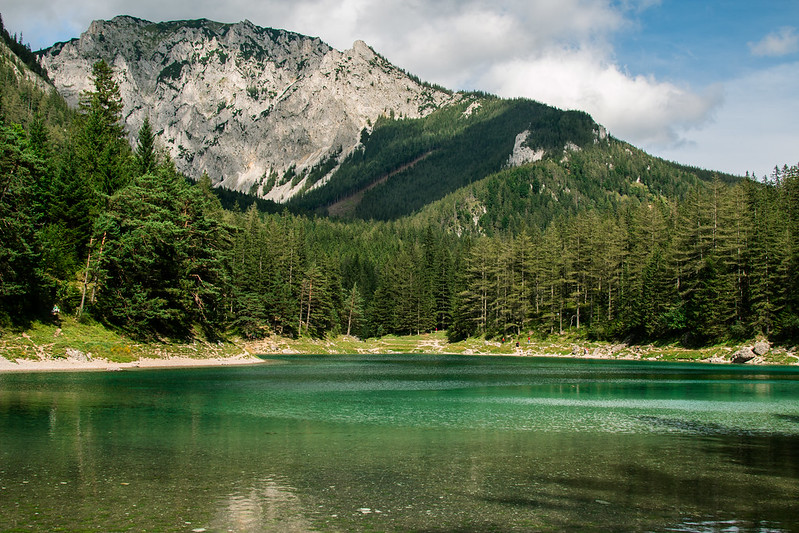 Because of this characteristic, it has been considered one of the cleanest and clearest mirrors in the world, even if the wild tourism that has chosen it as a favorite destination on any tour of the Styria region is threatening its purity.

The inhabitants of the surroundings, fearing that the over 100 thousand annual presences are not good for its purity, then forced the authorities to issue a ban on bathing. Until a couple of years ago, when you could dive in those beautiful waters, the Grüner See was a must for diving enthusiasts, since between May and June it was possible to do with fins, mask and mute the same things that from July onwards instead they are made with anorak and boots: because in the period in which the lake remains dry that area becomes a park, complete with wooden walkways, bridges and benches. 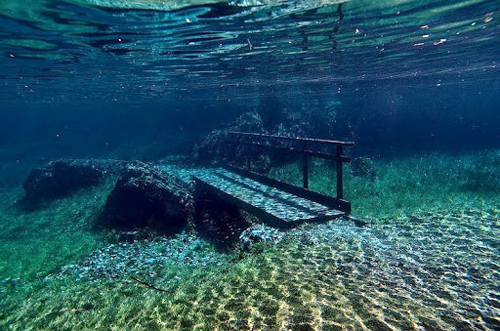 Stunning are the photos that portray divers comfortably seated on a bench or intent on going over a bridge from the bottom instead of from the one above. In short, an irresistible attraction that ended up creating real risks due to its safety: this is why the authorities were forced to limit its attendance.

Today it can be reached at the end of spring and at the beginning of summer to admire the extraordinary color of its waters, which turn around all the shades of the emerald, accomplices the forests that cover the slopes of Hochschwab.

However, their transparency makes it possible to identify all the artifacts made by man to make the area pleasantly frequentable even when there is no water. In seasons characterized by abundant snowfall on the surrounding peaks, the water level reaches 12 meters at its deepest point, testifying to the exceptional nature of the phenomenon. 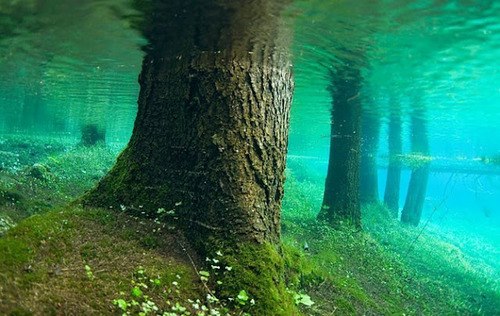 In winter, however, the appeal fades, although it is known that the terrain that is covered with boots on the feet is the same that is used as the summer backdrop to one of the most fascinating mountain lakes on the continent. It is also nature that has made everything more complicated, which has transformed the abundance of anthropization in excess of algal production, and too many algae, you know, are likely to make any water mirror die of asphyxiation.

Also, for this reason, it was decided to prevent the human being from diving: the natural balance is too delicate to be endangered by the desire for selfies that is spreading on the planet.

More in this category: « The perfect hand-bag Giethoorn, a paradise without roads »