There are many beaches in the world: rocky, sandy, isolated, crowded, of the sea, of the lake, of the ocean, of the river, of the stream. Many to satisfy any kind of taste: the important thing is to love water and the message of quiet that it transports in its lapping.

But there are some that can surely be considered... transversal, in the sense that, thanks to their conformation, to the color of their waters, to the stunning natural scenery that surrounds them, they manage to satisfy everyone's expectations.

It may be because in the end, everyone has within himself a stereotype that he tries to naturally tend even when he chooses the week at sea in the middle of summer, it will be because in the end what matters is to receive pleasant and positive feelings, the fact is that all those who have fortunate enough to set foot in the Benagil cave, they came out better: this can only be the case, given the characteristics of the Algarve beach in southern Portugal. 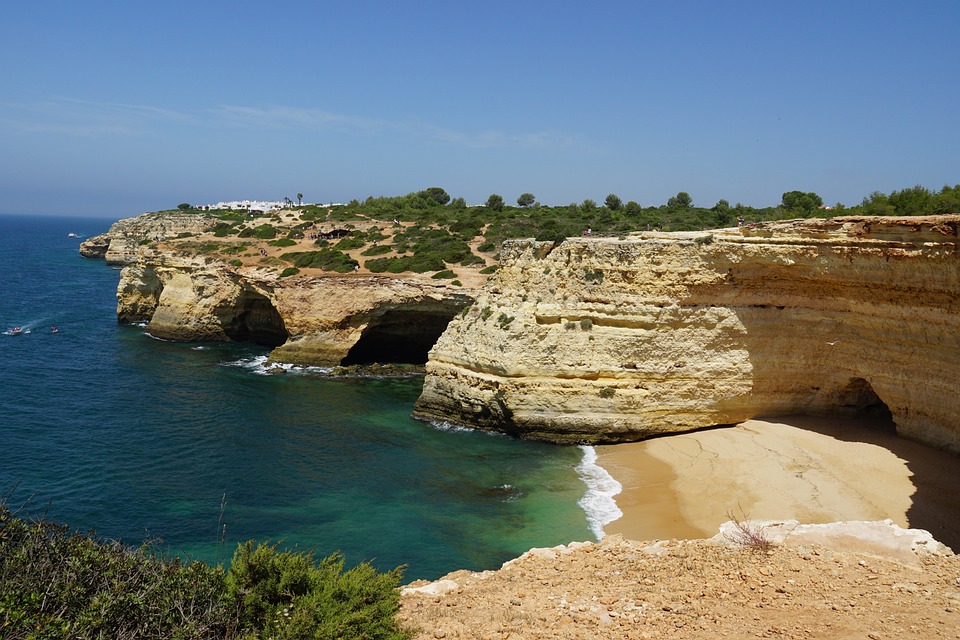 Benagil, to tell the truth, is the small fishing village near which it is located, between Carvoeiro and Armação de Pêra, about a two-hour drive south of Lisbon, but fortunately it cannot be reached by land: for enjoying its boundless beauty it is in fact necessary to have a boat, also because swimming in the ocean is never a good idea, even if you are experienced swimmers, as the underwater currents can give nasty surprise.

Unfortunately the turbo tourism of recent years is creating some problems of overcrowding even in those parts and, especially in very high season, it is not uncommon to see scenes from the far west among the many that try to savor its charm going to its interior.

Yes, because its completely original conformation prevents overcrowding: in a nutshell it is a strip of sand contained within a huge cavity open to the sea through two majestic stone arches. Its specificity is given by the circular opening of about twenty meters in diameter formed after a fortuitous collapse. 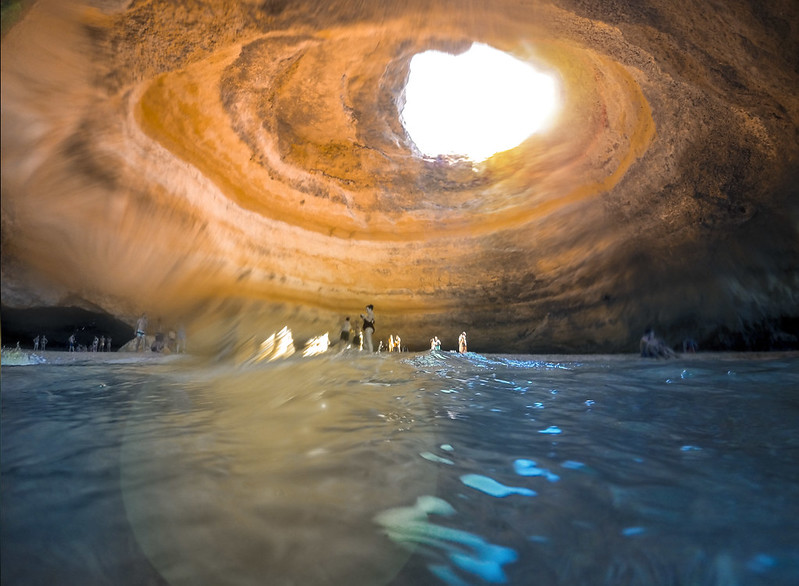 From it, the light of the sun penetrates into the cave in a cathedral from its rose window, an effect between the magic and the mystic, especially if it is enjoyed by one of the few who have been able to go to the sand which is located below, bathed by a crystal-clear sea. These are a hundred meters of beach that the Portuguese immediately baptized as the most beautiful in the world.

If it is not the most beautiful in the world, however, little is missing. Difficult for it to remain so for a long time.

More in this category: « A hotel with five... thousand stars Origins of the Highland Games »