It is perhaps one of the most complex and at the same time most original European flags: it is the symbol of Portugal, that red and green banner with a flourish in the middle that hides a truly incredible symbolic complexity.

The interpretation on the choice of the two background colors is actually quite simple: the green would represent hope, the red instead the bloodshed by the Portuguese people to guarantee that hope.

The central design refers instead to a complicated series of more or less historical references that are difficult to summarize, just as it is also difficult to summarize the attempt to reproduce that flag, which in speed is replicated in the two colored bands and in a draw sketched in the middle that does not do justice to the realities to which those symbols have instead been inspired.

Meanwhile: what is it represented? 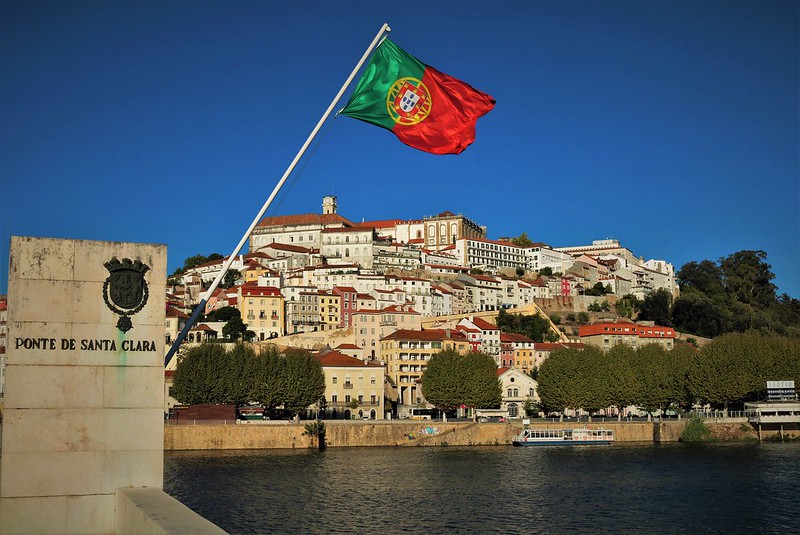 An astrolabe on which a red shield with seven castles is applied, while in the center there are five other blue shields with five white balls.

Probably in elementary schools, the reproduction of the flag on the notebook represents the terror of all the pupils, given its complexity. And yet each of those signs has an obviously inalienable significance that summarizes the character and history of the Portuguese people.

But one can only grope and look for a plausible interpretation. And so: the astrolabe is perhaps the most easily perceived symbol, since it is intimately linked to navigation, as is known, is one of the activities that have characterized the Portuguese in the history of colonization of the world. 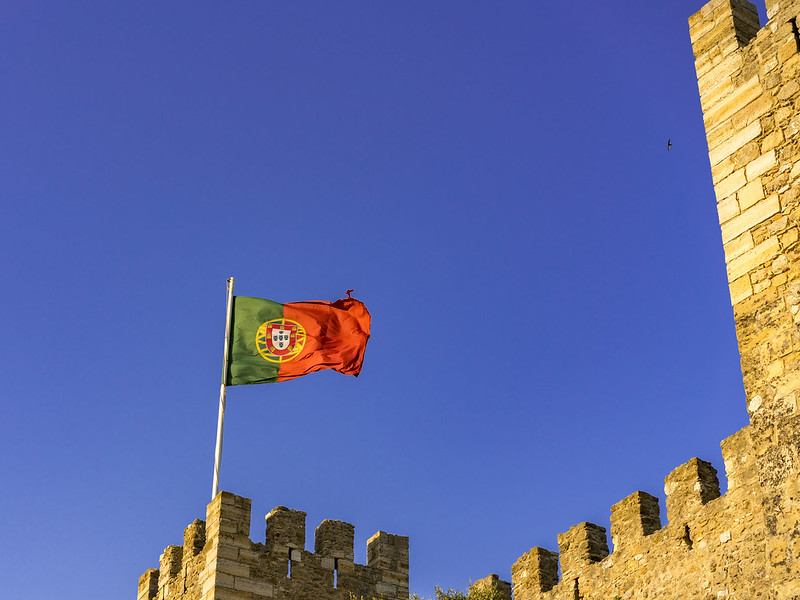 To understand the meaning of the seven castles, instead, it seems we should go back to the times of Alfonso III, when during the Reconquista he managed to wrest the Moorish from the seven cities of the Algarve that were still under their power.

On the five blue shields, interpretations are wasted: some believe they should be connected to the five wounds suffered by Jesus on the cross, while those who are inclined to actually treat them, but those suffered by Alfonso III during the wars that opposed him to Moor, who, limiting the field to the companies of the legendary sovereign, thinks that the reference is to the five enemy kings who are heroically defeated.

The white balls remain a mystery: excluding the hypothesis that it is a reference to the thirty pieces of money received from Judas to betray Jesus (the balls would be twenty-five, thirty only if integrated with those contained in the central white shield), the more inclined to consider them a symbol of money, given that the sovereign to whom we owe the birth of the flag had obtained the right to coin money.

To understand something, we need to look for rather precise historical information, an operation that is ill-suited to the sense that a flag must have for a people. 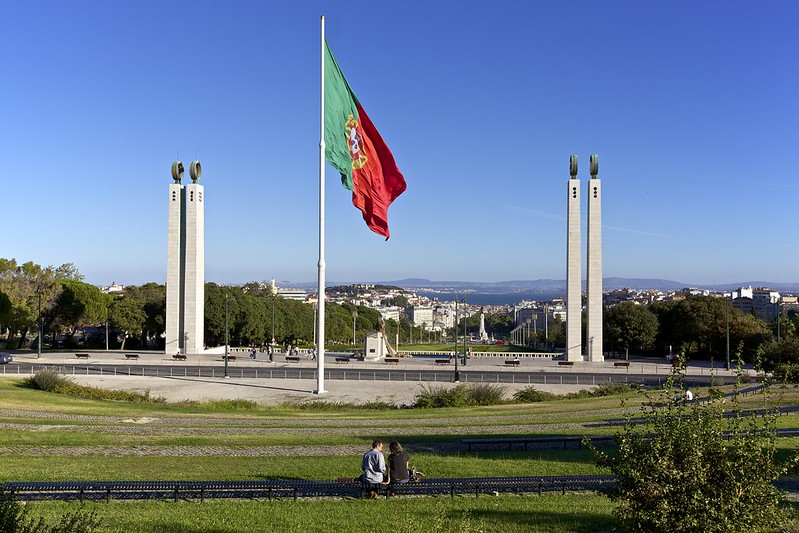 Yet the Portuguese are more than proud of their drapery: just take a few steps for Parque Eduardo VII in Lisbon to realize this, since the largest flag in the country flies there and for this it has become the destination of incessant pilgrimages of curious citizens to see effect that those doodles make while waving in the wind.

More in this category: « Swimming among sharks? At the Kattegatcentret of Denmark it is possible Walking in the clouds? In Switzerland it is possible thanks to the longest suspension bridge in the world »