In the valley of Zermatt there is what is considered, according to a more than reliable estimate since everything can be said of Switzerland except that it lacks precision, the longest suspension bridge in the world, christened Charles Kuonen.

Its length arrives, an introductory walkway including, at 490 meters, 33 more than the structure of similar conception realized a few months before in Germany near the Rappbode dam, in the Harz massif a hundred kilometers south of Berlin. 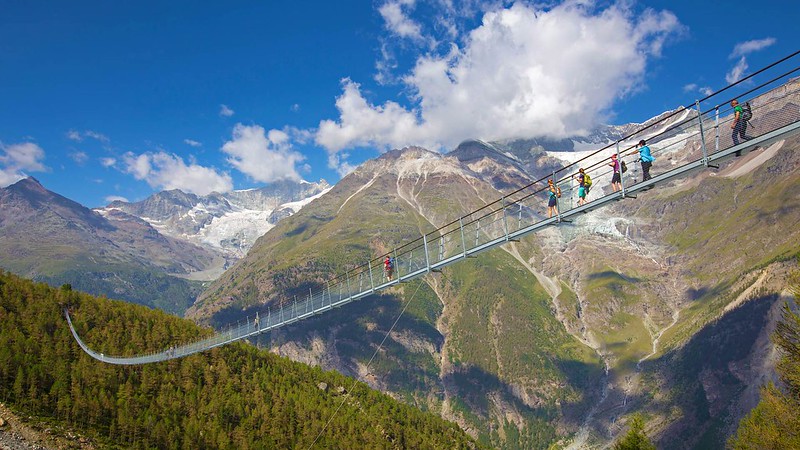 The new structure allows to pass from one side to the other of the valley avoiding a long circumnavigation that in past years required hikers to walk for hours. Today, in less than ten minutes, we cross the valley with an upturned nose, admiring it in complete tranquility, provided that we do not suffer from vertigo and have blind faith in the entrepreneurial skills of Swiss companies specialized in the construction of such infrastructures, the panorama in the Bernese Alps and, above all, in the nearby Monte Cervino massif.

The work was carried out in just ten weeks by Swissrope, a company that has been specializing in this type of construction for years, as evidenced by numerous other works scattered throughout the country. 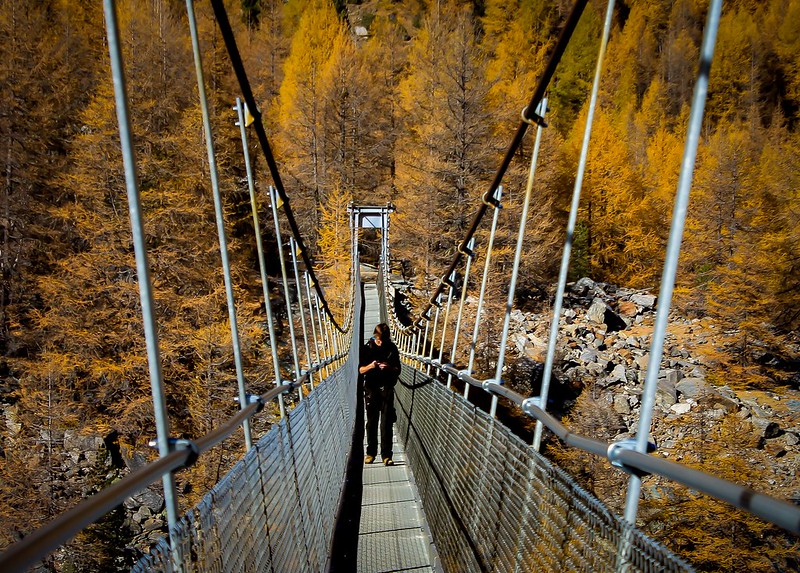 Nine tons of steel cables and a similar amount of wood were used to place the walkway to secure the passage of hikers, who can afford the luxury of walking over one of the deepest Swiss valleys.

The passage corridor is only 63 centimeters wide, but with a little goodwill, visitors can walk it to the outward and backward moving towards the support ropes in case of intersections with other people.

The record held by the German bridge in Rappbode, called Titan-RT, lasted only a few weeks, but enough to attract the attention of mountain walkers, who were offered an additional attraction with a modest cost if we think of what a normal bridge could have cost.

Suspended bridges, or Tibetans as they are more commonly known precisely because they are frequently used in that part of the world dominated by valleys and mountains, allow two shores to be connected, even distant from one another without having to build heavy or impacting structures. 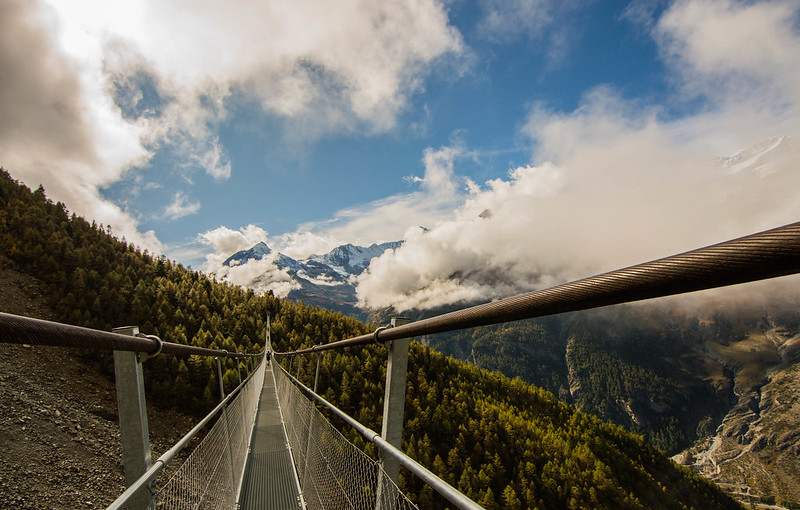 A solution that is spreading with ever greater force also in our continent, given that the places where one of these specimens has already been placed have seen an increase in visitor attendance.

A similar work is in progress, just to underline the explosion of this fashion, also in Portugal, although it cannot undermine the record boasted by the Swiss bridge, given that its length will be less than ten meters.

However, it will be an intervention with a sure impact on tourism and will allow you to cross the Paiva river, near Arouca, between Porto and Viseu, suspended 150 meters from the ground. To reassure those suffering from vertigo, the walking surface will be a meter and a half wide, twice the size of the Swiss one.

The fact that it aims at transforming simple walks into funfair attractions could trigger endless discussions, but perhaps it is better to limit oneself to swinging a bit suspended in the void without asking too many questions.

More in this category: « Hope, blood and an astrolabe with 7 castles: the meaning of the Portuguese flag The Pyramid of Tirana: between restoration projects and sled runs »