Is it possible to travel in time without leaving the 21st century?

The answer is yes, you can. Just venture out to visit one of the splendid medieval village towns of all Europe, which have maintained the atmosphere and architecture of the time. Here are some of the magical places of the Old Continent, to visit (maybe) during a romantic weekend 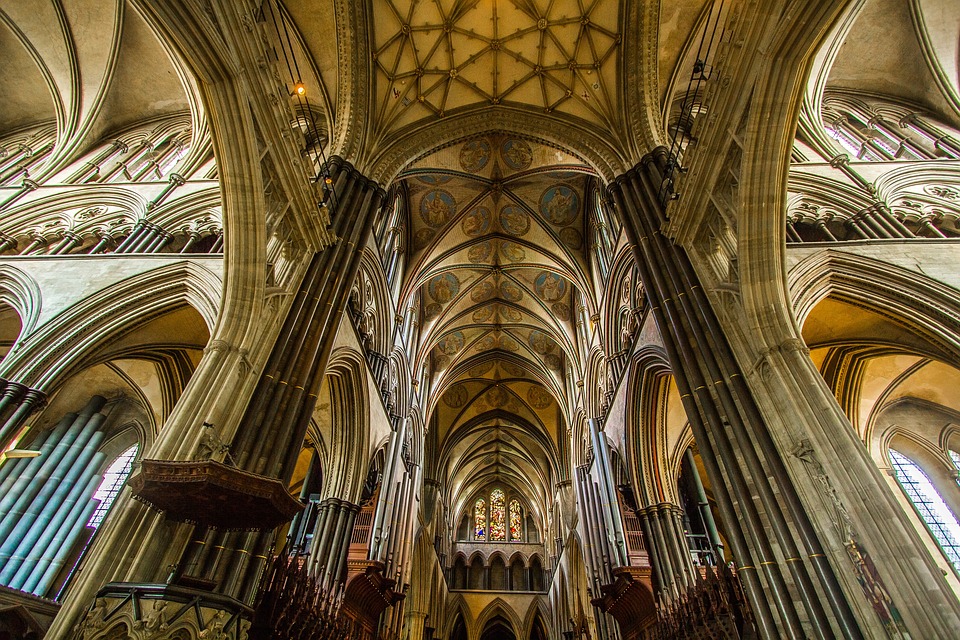 For those who have read "The Pillars of the Earth" by Ken Follett, it will certainly not be a surprise. Entering Salisbury Cathedral it seems to be transported to the themes of the prior Philip. The heart of the Wiltshire province, the Cathedral is considered the perfect example of English Gothic architecture, and the tower clock is the oldest functioning in the world. One of the four original copies of the Magna Carta is kept in the Cathedral's library. 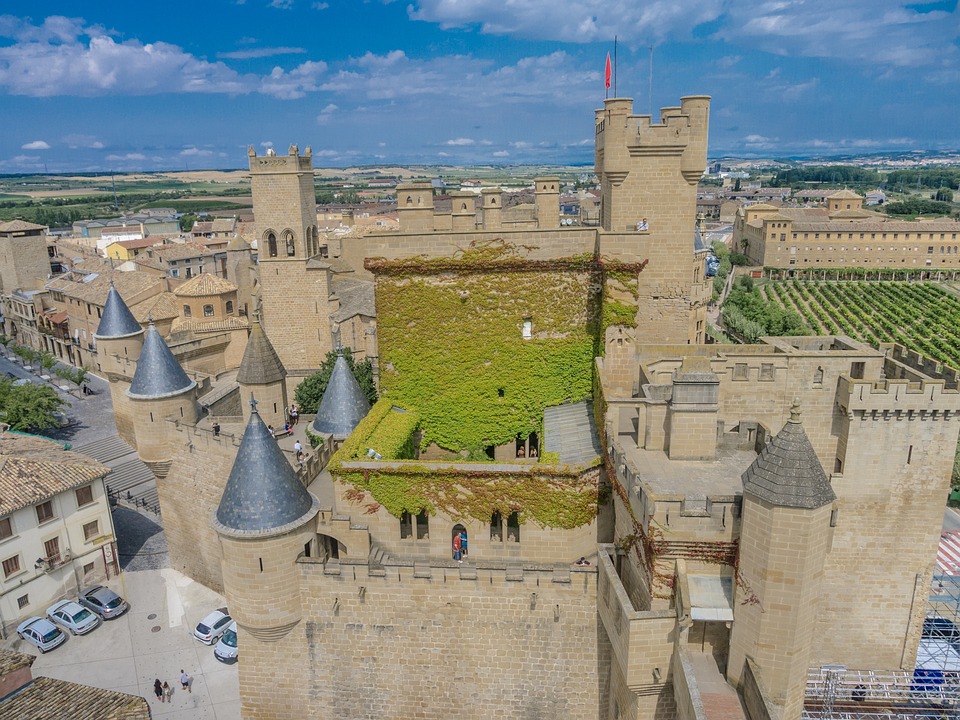 The region of Navarre has always been considered as one of the most "elegant" and snobbish in Spain, and perhaps it is also thanks to small towns like Olite, just over half an hour's drive from Pamplona. The Castle is undoubtedly a jewel of the town: a magical place, where every summer the Classical Theater Festival, which hosts the most famous Spanish dramatists, is celebrated on the patio. 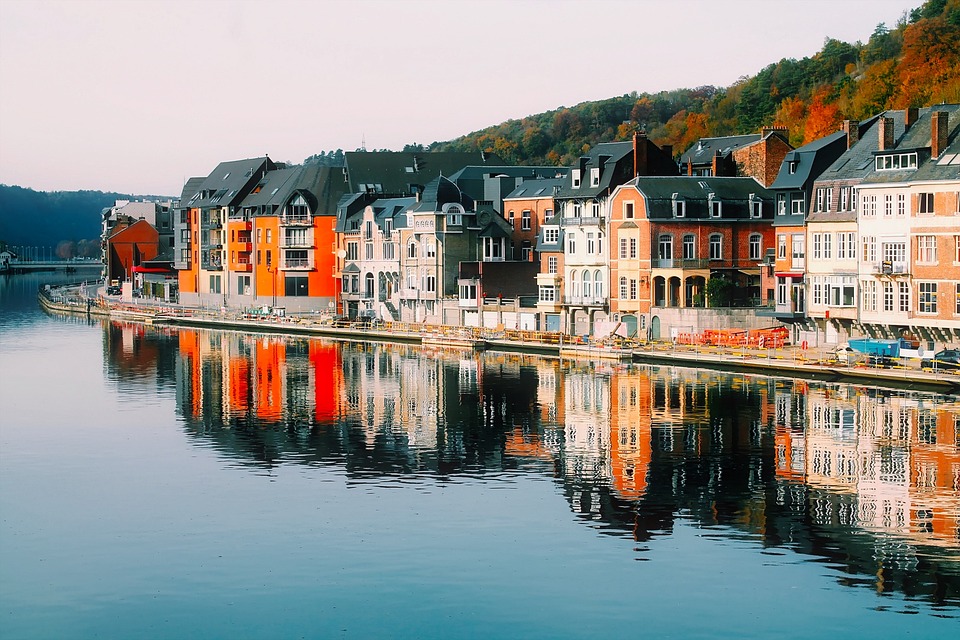 It could be defined as the greatest exponent of the beauty of Wallonia: Dinant "daughter of the Meuse", so defined to rest on the placid waters of this river. Its Gothic Collegiate Church of Notre Dame, in black stone, with a splendid blue stained glass window, among the highest in Europe. 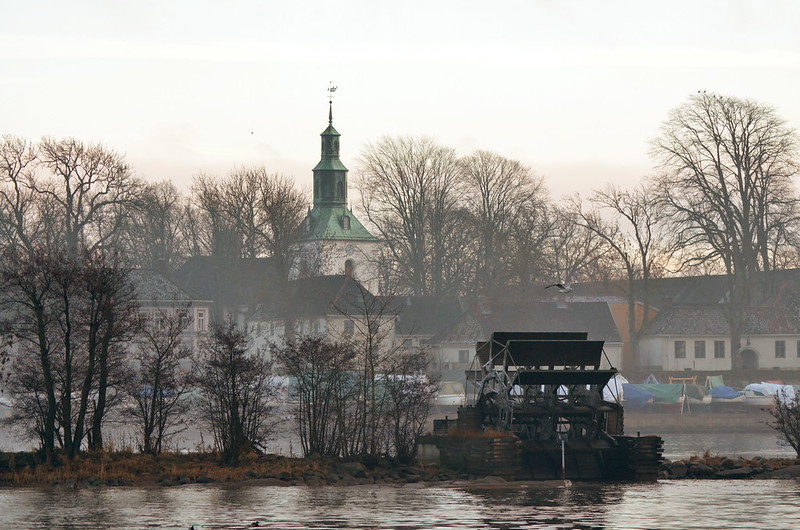 The only Norwegian town that has kept the medieval city walls intact. The moat that surrounds them is still impressive, still full of water. The 350 inhabitants of the place boast (and perhaps rightly) possess the best-preserved medieval fortress in Scandinavia. 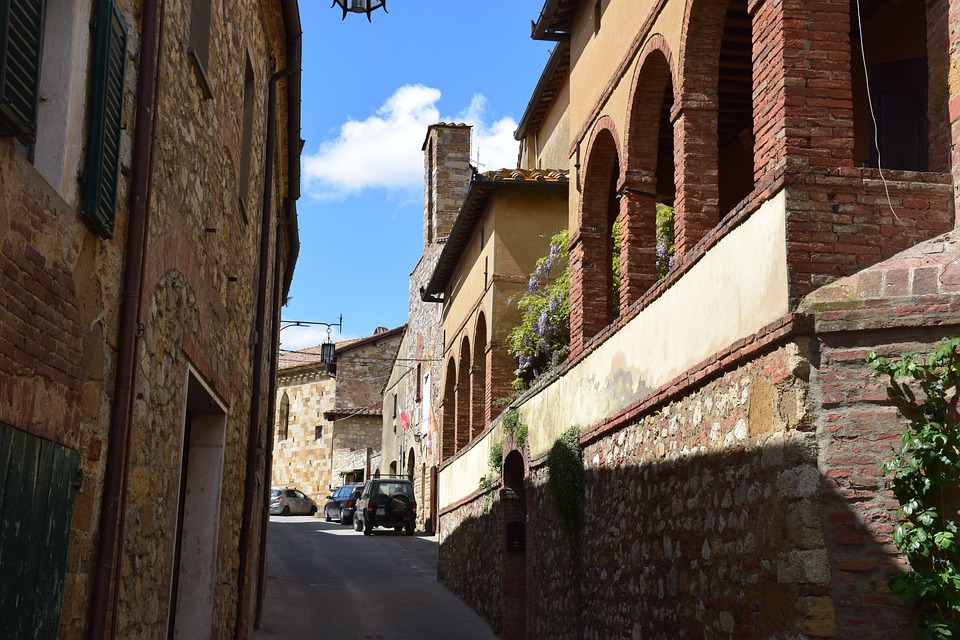 The historic center of Cortona seems enclosed in a gentle embrace of the Abruzzo mountains. The fourth-largest city in Tuscany (almost on the border with Umbria) has preserved the wonderful Duomo, simple and elegant in the structure opens onto the main square, once the nerve center of Cortona. 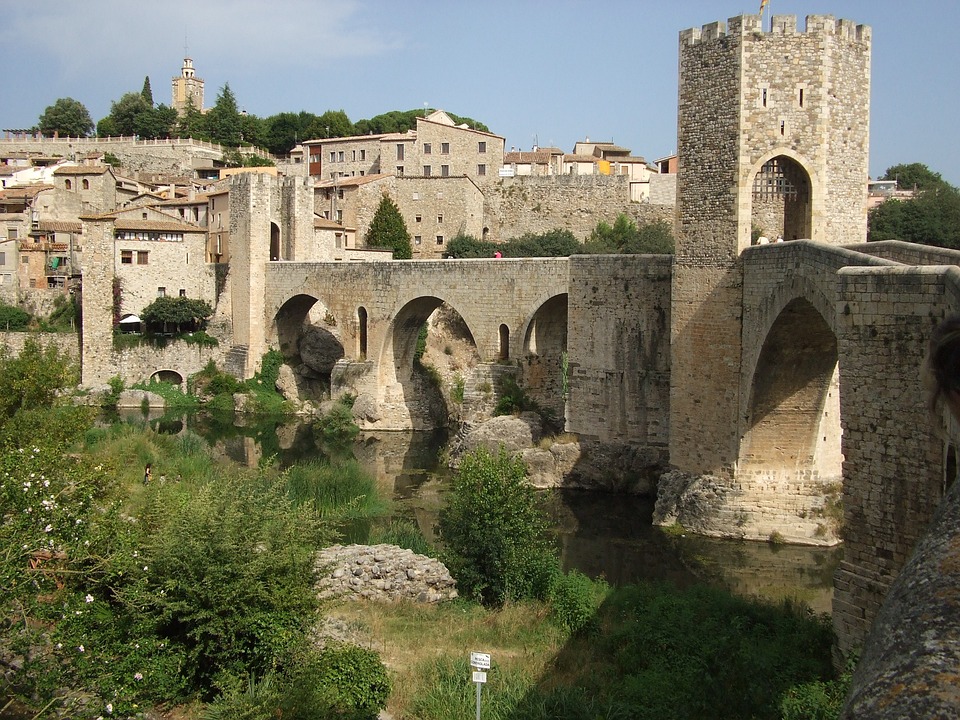 Besalú is located at the intersection of Alto Ampurdán, Pla de l'Estany and La Garrocha. The name, legendary, derive from it owes to a Bisuldunum fortress: fortress that rises between two waters (that of the river Fluviá and that of the Capellades). Strolling on the bridge that leads to the Jewish quarter or visiting the Monastery of San Pere brings, without a doubt, back in time. 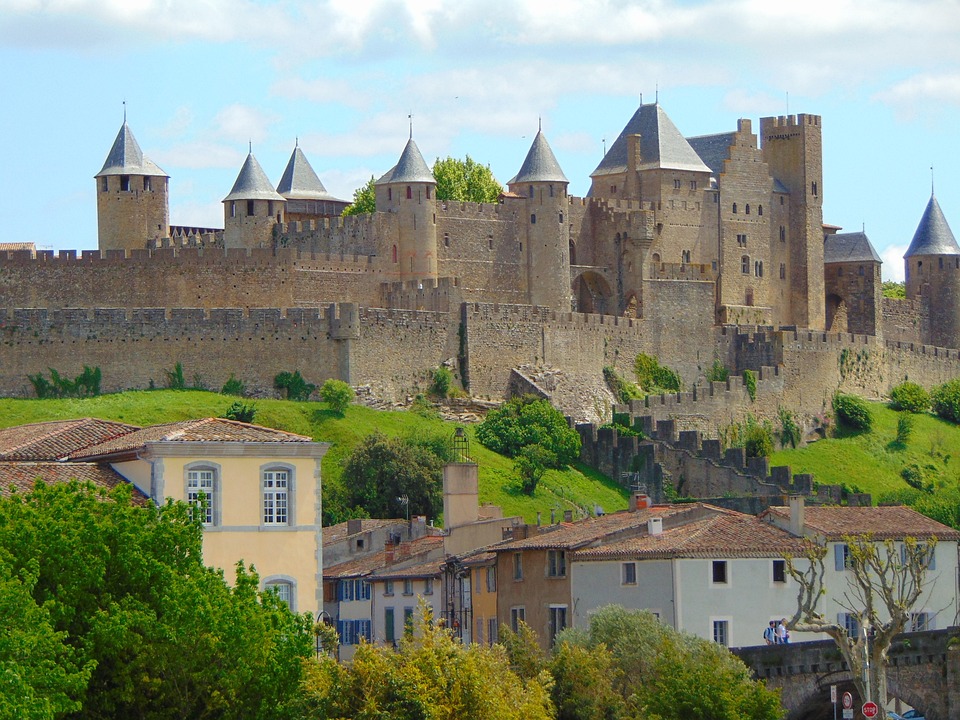 One look at the fortified citadel of Carcassonne is enough to understand why this place has been declared a World Heritage Site by UNESCO. The walls are as impressive as the architecture they contain. The Comitale Castle, the Basilica of Saint Nazaire, the Cathedral of Saint Michel, the Midi Canal, the garden of Marie and Pierre Sire. Each of these treasures seems to have just been created, they are so well cared for and give a fascinating atmosphere of tales of kings, queens, and princes. 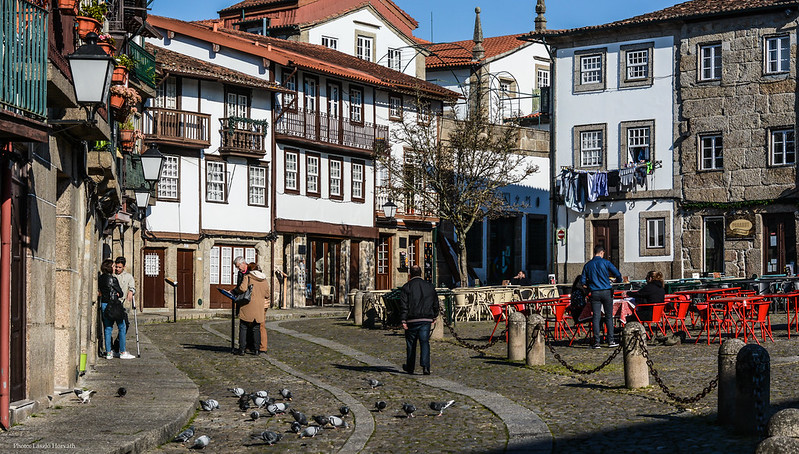 It is said that the first name of the city was Vimaraes, because it was founded by Vimara Pérez, a landowner in the service of the King of Asturias Alfonso III. We will never know if the story is true or not, but certainly, the charm of this beautiful place in the north of Portugal is undeniable. Its Pazo from the 15th century (typical summer house of feudal lords, nobles or kings, ed) is a splendid example of original maintenance of noble architecture of northern Europe.

One of the best-preserved Jewish neighborhoods in all of Spain. Among its narrow streets, it is still possible to buy kosher cakes and pastries. Stroll through its narrow labyrinthine streets, which intertwine in an infinite passage, up to the Church of Santa Maria, the highest point in the town. From here the view is splendid, and the town looks like a sea of ​​red roofs, surrounded by beautiful mountains. 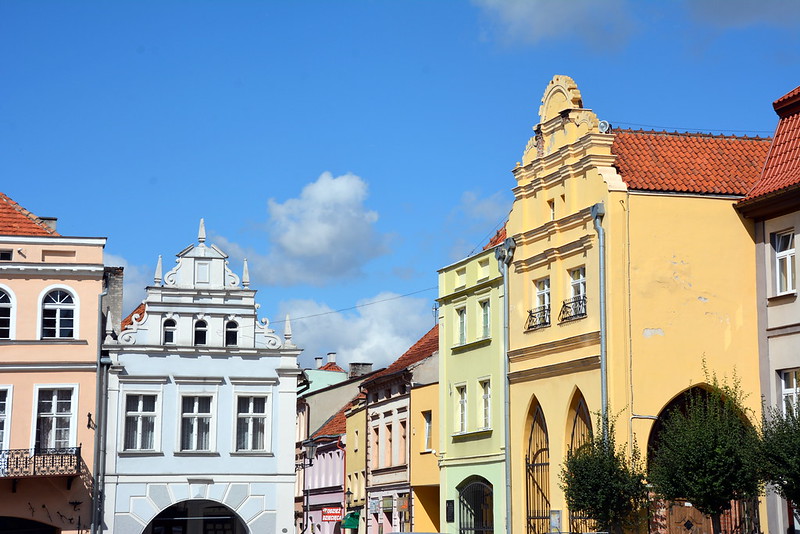 One of the most important historical cities of the Pomeranian Voivodeship in Poland. Bathed by the Vistula river, the flirtatious locality is presided over by an imposing fortress built by the Teutonic Order in the 14th century. Once a year the International Knights Tournament is held: a festival in which knights wear armor and banners to fight in a duel. 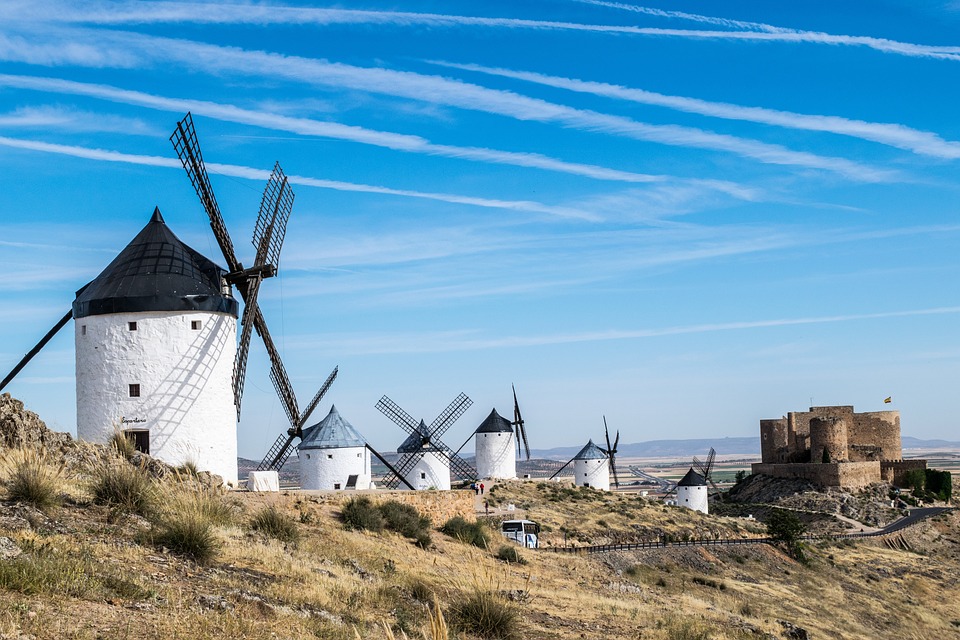 Visiting Consuegra means immersing yourself in the unique atmosphere of Don Quixote and its windmills. Here there are over a dozen of them, dating back to the 16th century: their profile, with that of the Castello de la Muela, create a unique but fascinating horizon, unique in the whole region. 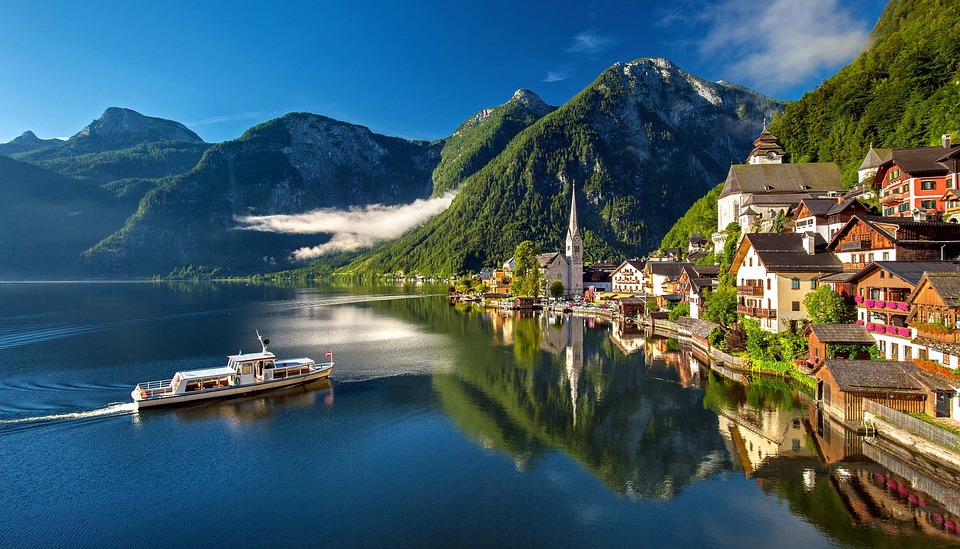 A medieval village that seems to have emerged from the pages of a book of fairy tales, so it could be called Hallstatt, a place lying on the banks of a quiet lake and surrounded by the mountains of Salzkammergut. The main square overlooked by buildings decorated with evergreen creepers and colorful flowers, is just one of the corners of this beautiful location. 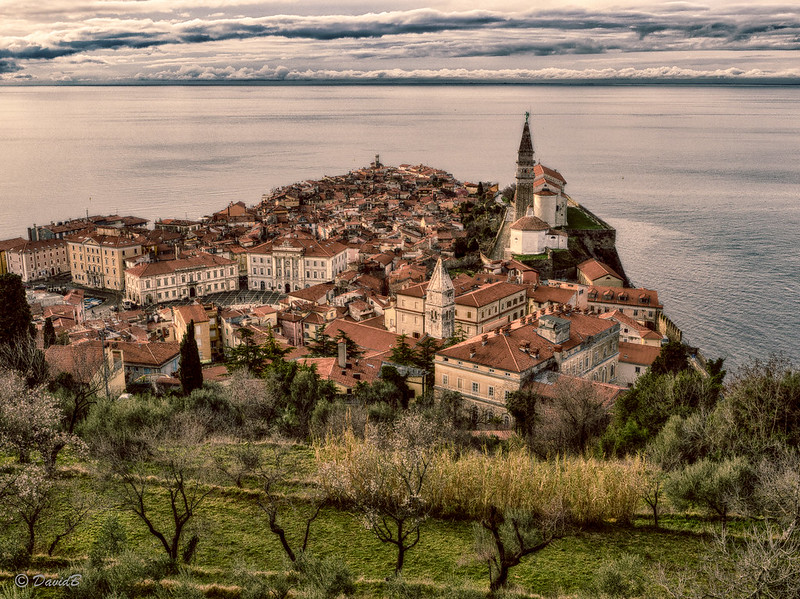 An imposing wall and infinite religious buildings: this is the Middle Ages in Piran, a place whose name derives from the Greek Pyr, fire, and which recalls the bonfires that once lit inside the ancient lighthouse to shed light on the ships in the sea. The Tartini Square is beautiful, once a minor port of the city. 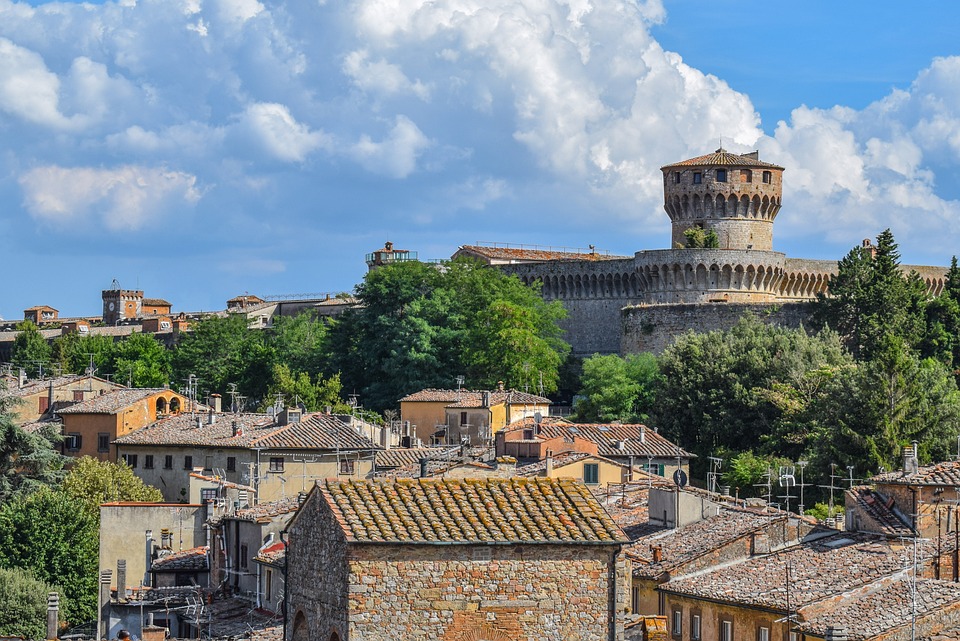 Do not miss the Porta dell'Arco, which closes the beautiful walls of Volterra: an intricate maze of towers, palaces, and religious buildings a stone's throw from the splendid Tower of Pisa. 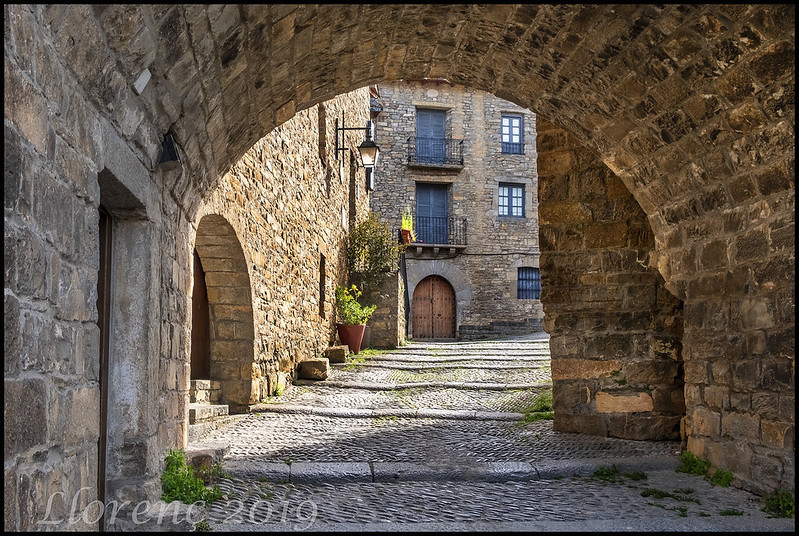 The historical-artistic ensemble of Ainsa will be able to satisfy anyone looking for history and culture: from the castle with a pentagonal tower to the Aragonese Romanesque church of Santa Maria. A little treasure not to be missed.

More in this category: « The 10 European cities to visit by bike The 10 strangest temples in the world »