The abandoned places of the world have a fascination and mystery of their own and, although it may seem strange, even the wrecks or decadent houses have their own form of beauty due to the still-intact structures or the nature that has been able to interact perfectly with the hand of the man who then abandoned his creations for various and different reasons.

Apart from the beauty, some abandoned places reflect the human spirit, the stubbornness or inflexibility of man in front of the elements and weather.

So what are the ten most famous abandoned places in the world? 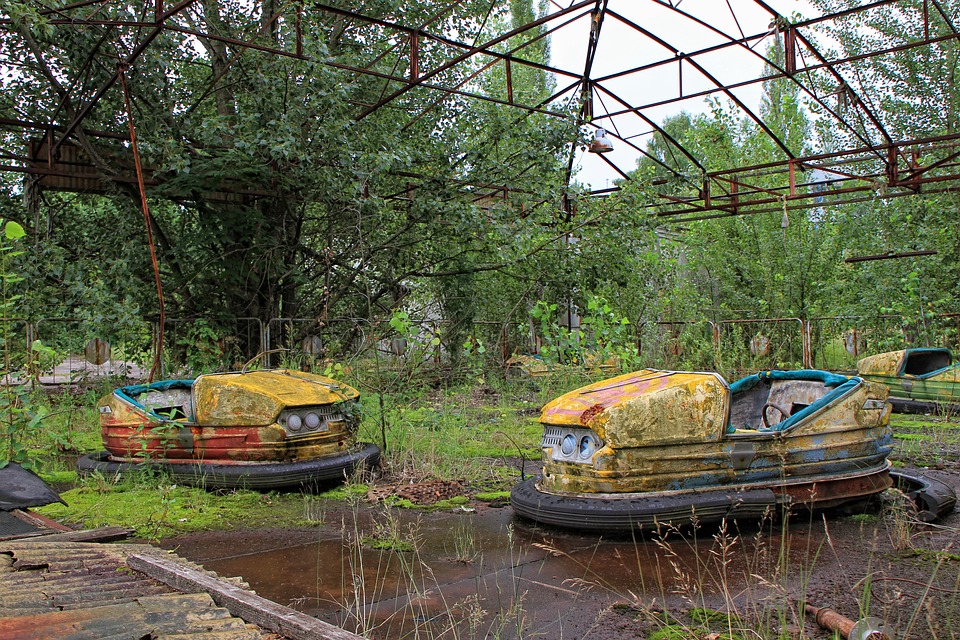 The name Pripyat is perhaps not familiar to many but Chernobyl certainly is. Pripyat is the Ukrainian city where the Chernobyl nuclear power plant is located which, in 1986, following a meltdown forced the evacuation of Pripyat and its population of around 50,000, all during the night. The abandoned city and some unusual phenomena due to residual radiation have generated many urban legends about this place, not to mention video games or B movies set right here. 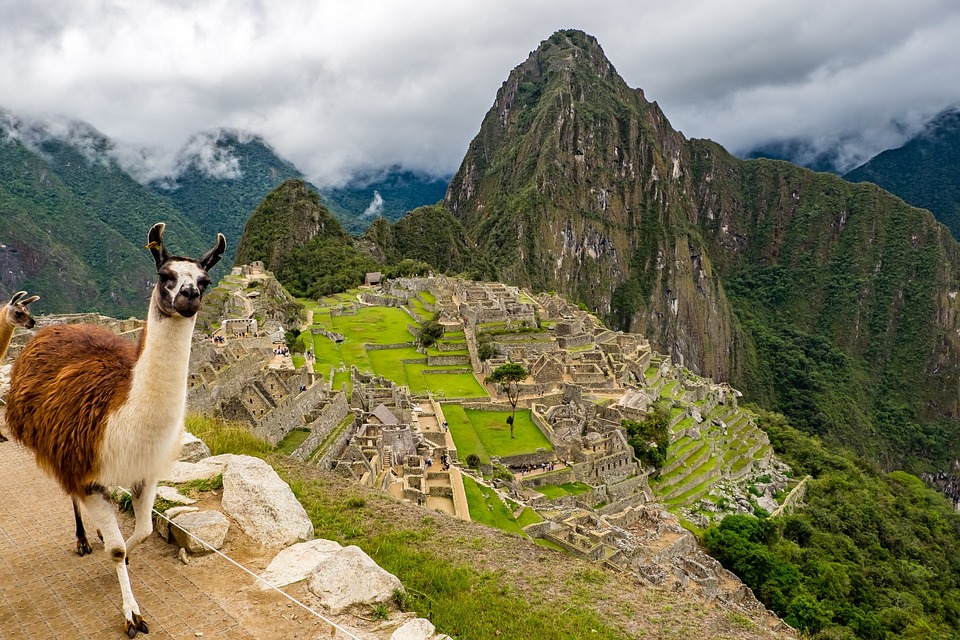 You might think this wonderful World Heritage Site should not belong to this list but instead, it is really so. Perched in the Cusco region, in Peru, this ancient city is perhaps the most known icon of the Inca civilization and chosen by the ancients taking into consideration the trade routes and its easily defensible position. So why did its inhabitants abandon an enchanting structure like this? It is precisely here that lies the mystery that historians are still trying to solve. 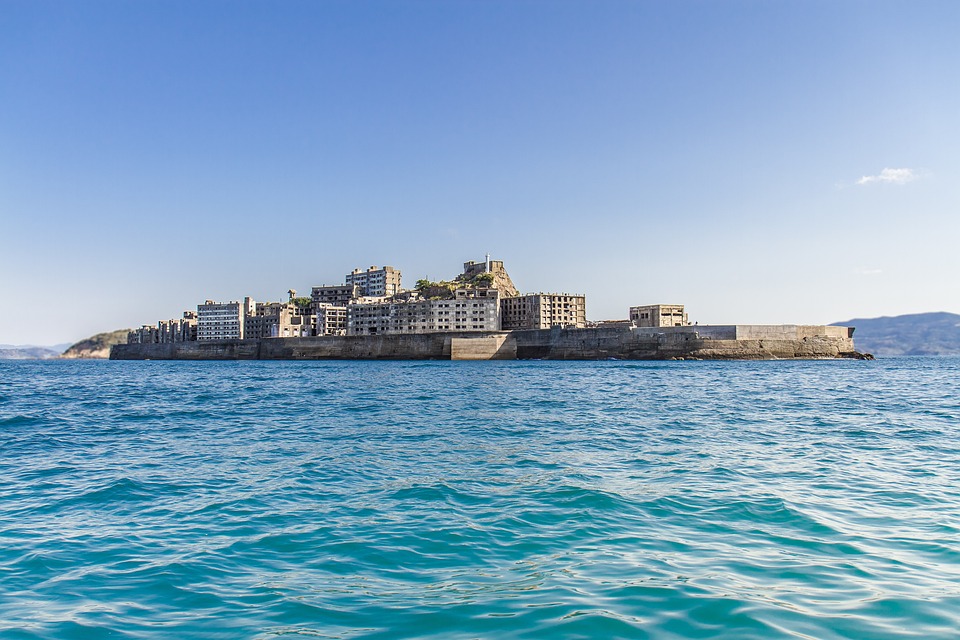 More known as Battleship Island, this island is located near the coast of Japan, off Nagasaki, and once housed 6,000 people because, in the early 1900s, Mitsubishi Corp. began extracting rich deposits of submarine coal from the island and the population has grown out of proportion until 1950 when the coal ran out and the island lost its value so that the residents sought work and life elsewhere. 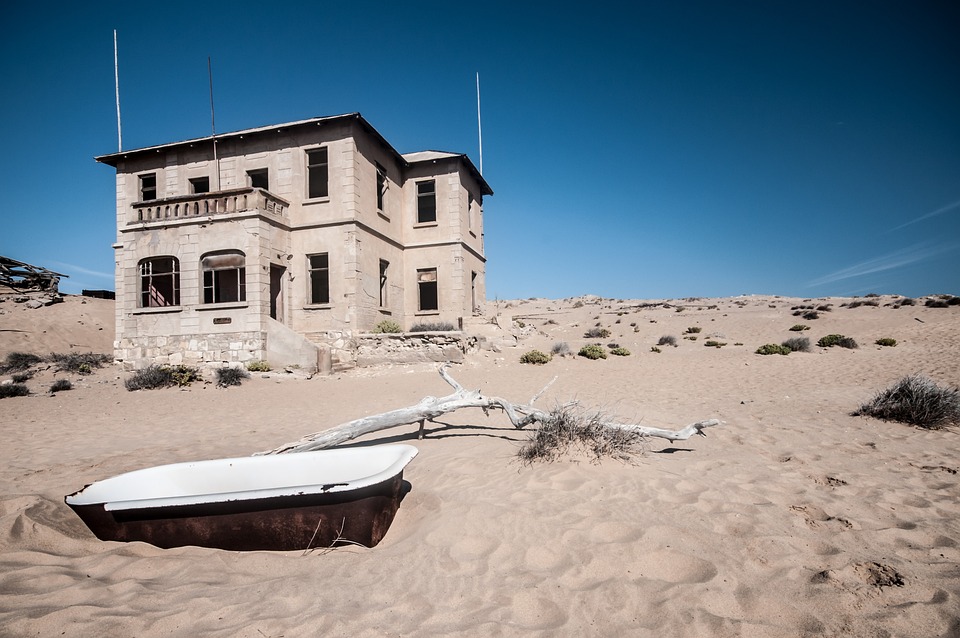 Kolmanskop is a ghost town in the Namib desert of Namibia. This city is named after an American, Johnny Coleman, who abandoned his bullock cart right here after a sandstorm. In 1908 a boom in diamond mining saw the rise of this small town-village originated by German citizens, but when in 1920 the output began to decline, in 1954 the city was completely abandoned and now it is only an attraction for tourists. 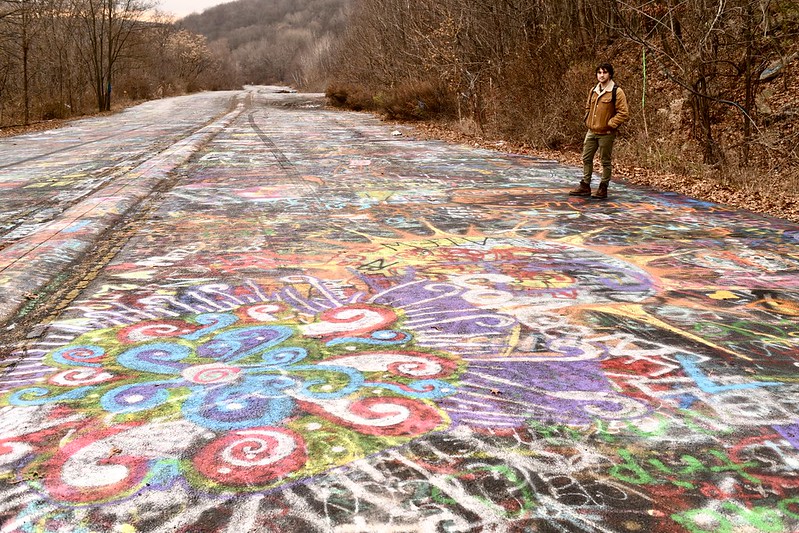 This is also an abandoned city and is located in Pennsylvania near coal mines. This place was abandoned following a fire in 1962 and, to date, the fire still burns giving rise to an almost infernal aspect of the city. Centralia gave inspiration to the 2006 film Silent Hill which tells of a city trapped in limbo after a disaster that cuts her off from the world. 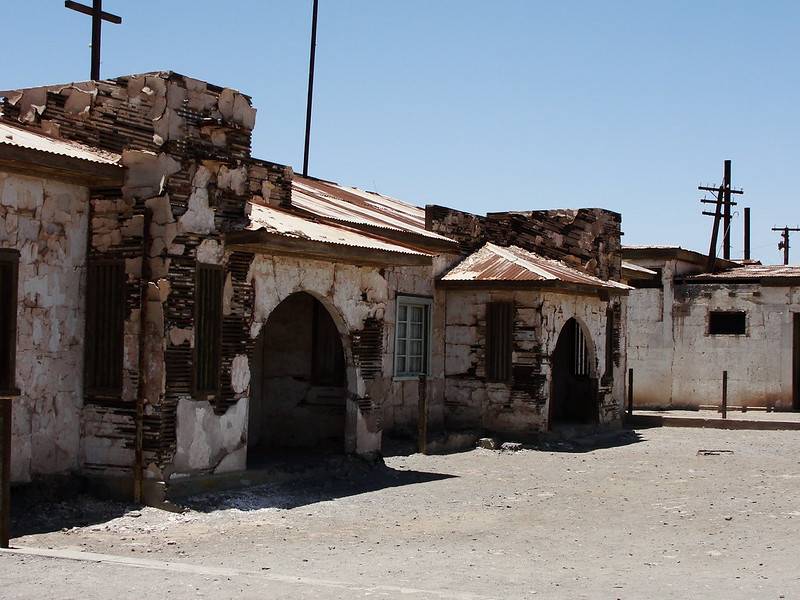 Founded in 1862, this mining town in Chile was famous for nitrate extraction, a major business in the late 1800s and around the early 1900s. However, since 1930, a good substitute for nitrate was found and therefore the extraction began to decrease and, due to the definitive closure of the mines in 1961, houses, buildings, machines, and other structures were abandoned. Humberstone and the nearby town of Santa Laura are tourist attractions and known ghost towns declared World Heritage Sites in 2005. 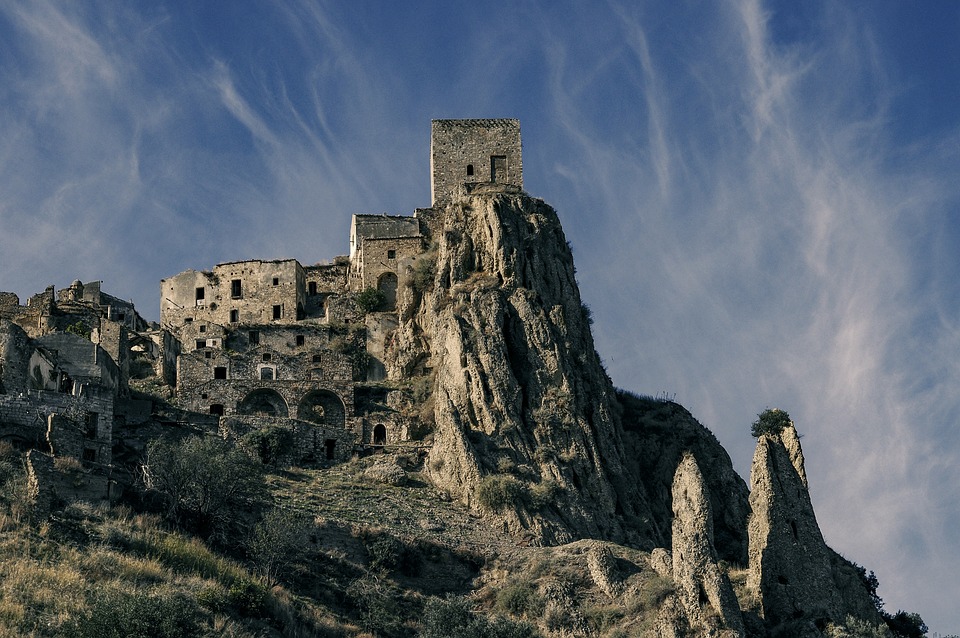 This picturesque Italian medieval village includes a church, a castle, and even a university and is located in Basilicata. The first settlement of Craco dates back to the time of the Greeks who moved there in 540 D.C. and then it often changed inhabitants or conquerors until 1815 when it was formally declared a city. After the unification of Italy, however, it fell into disgrace and became a stronghold of brigands who infested the area until 1860. Therefore, due to its inconvenient geographical position, few opportunities and frequent earthquakes, the population of 1800 inhabitants left the town in 1963 and from that day is an abandoned city. 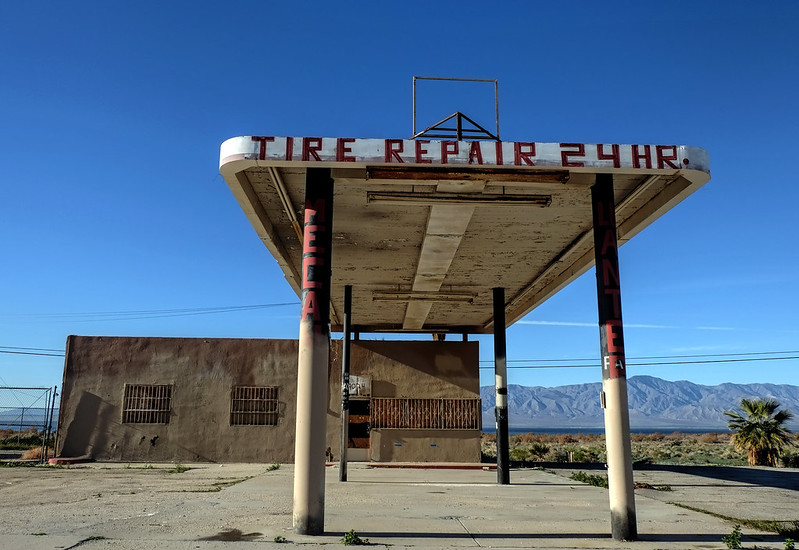 In 1905 the Colorado River overflowed and the water formed a sort of artificial lake. When it was clear that the lake would not dry immediately, some commercial and tourist areas were built. Thus a resort city was built, some markets and even schools. However due to the outflow of chemical waste from some farms, the air became polluted and unbreathable and many lake's fish and birds fell ill and died. The settlement was thus left and abandoned in a hurry and still, today is a desolate place. 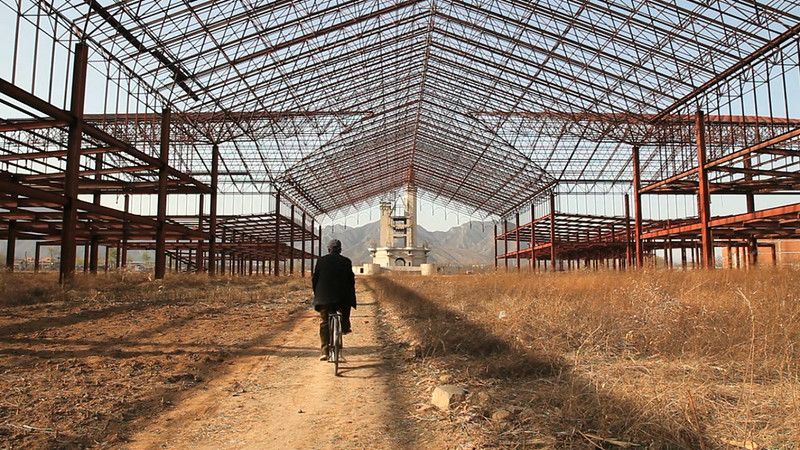 This vast amusement park and shopping center outside of Beijing, in China, was abandoned halfway through its construction, ie in 1998, for reasons that are still unclear. What you can see now are fairytale castles with fake and totally abandoned facades and, visiting this place, one gets the impression of entering a completely desolate and sad Disneyland. 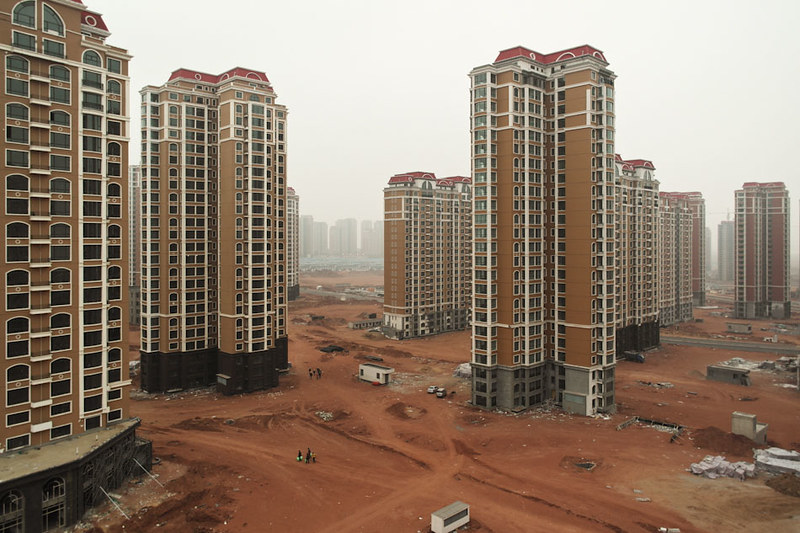 When the Chinese government gave permission to develop and build this huge city in central Mongolia, it was estimated that one million inhabitants would go to live in this place but no one ever did. Skyscrapers, subdivisions of terraced houses, elegant and bourgeois streets are what remains of this huge area of ​​Mongolia completely uninhabited and now empty.

More in this category: « Slovenia among myths and legends: discovering the Land of dragons 10 things you absolutely must know if you fear of flying »